Abstract : Numerous world leaders have received COVID-19 vaccine. They are unanimous in sending the information that receiving coronavirus vaccine is essential to protecting oneself and people around, and that the COVID-19 vaccine currently available is trustworthy. 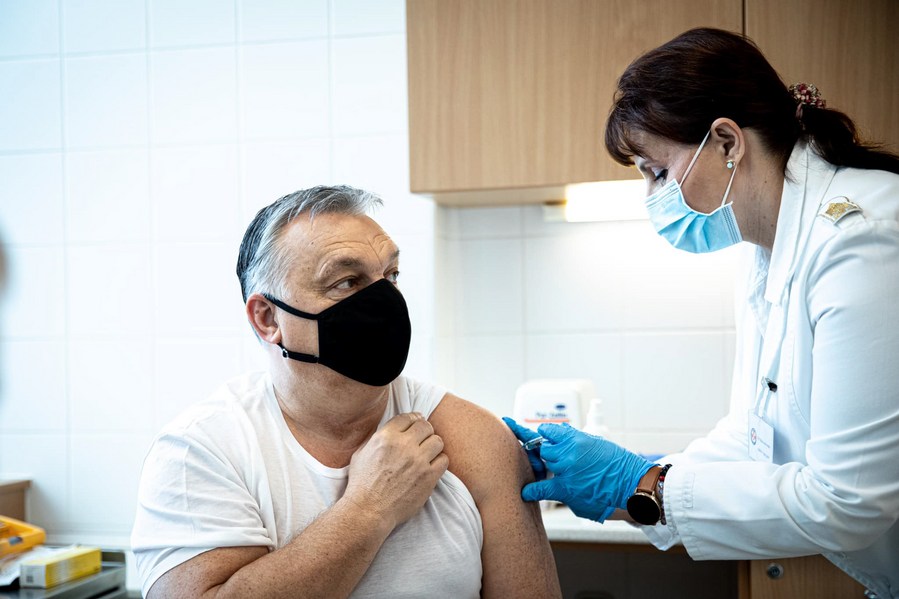 This photo from Facebook page of Hungarian Prime Minister Viktor Orban shows him receiving a dose of China’s Sinopharm vaccine against COVID-19 in Budapest, Hungary, on Feb. 28, 2021. (Viktor Orban Facebook via Xinhua)

They are unanimous in sending the information that receiving coronavirus vaccine is essential to protecting oneself and people around, and that the COVID-19 vaccine currently available is trustworthy.

“Vaccinated!” Orban wrote on Facebook, posting a photo of himself getting the shot, two days after Hungarian President Janos Ader got his shot.

The Hungarian leaders joined a long list of world leaders who received COVID-19 vaccine ahead of their people or at the early stage of their nationwide vaccination campaigns, a symbolic act of demystification and, more importantly, reassuring.

In pandemic-stricken Britain, Queen Elizabeth II, 94, and her 99-year-old husband, the Duke of Edinburgh, received COVID-19 vaccine in January. The monarch recently encouraged Britons to take the vaccine jab and to “think about other people.”

“As far as I could make out it was quite harmless. It was very quick, and I’ve had lots of letters from people who have been very surprised by how easy it was to get the vaccine. And the jab — it didn’t hurt at all,” she said during a video call with British health leaders. 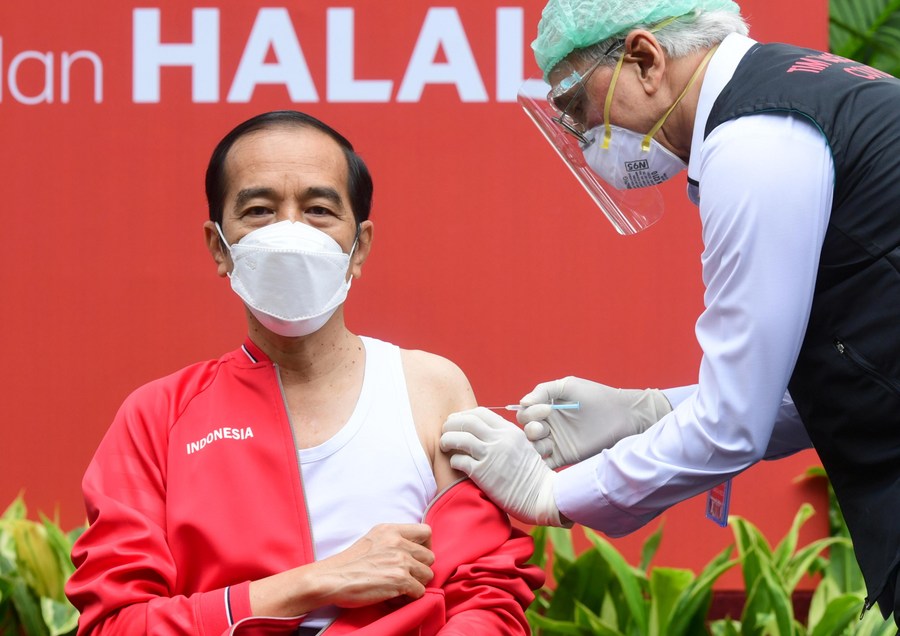 Several days after Queen Elizabeth’s inoculation, Indonesian President Joko Widodo received the COVID-19 vaccine shot developed by China’s Sinovac Biotech, kicking off a mass immunization program and becoming the first Indonesian vaccinated in his country. After the president, the country’s military chief, national police chief and health minister were also vaccinated, to show that the vaccine is safe.

Similarly, Australian Prime Minister Scott Morrison last week became one of the first COVID-19 vaccine recipients in Australia, when he publicly received his first dose of the Pfizer COVID-19 vaccine. 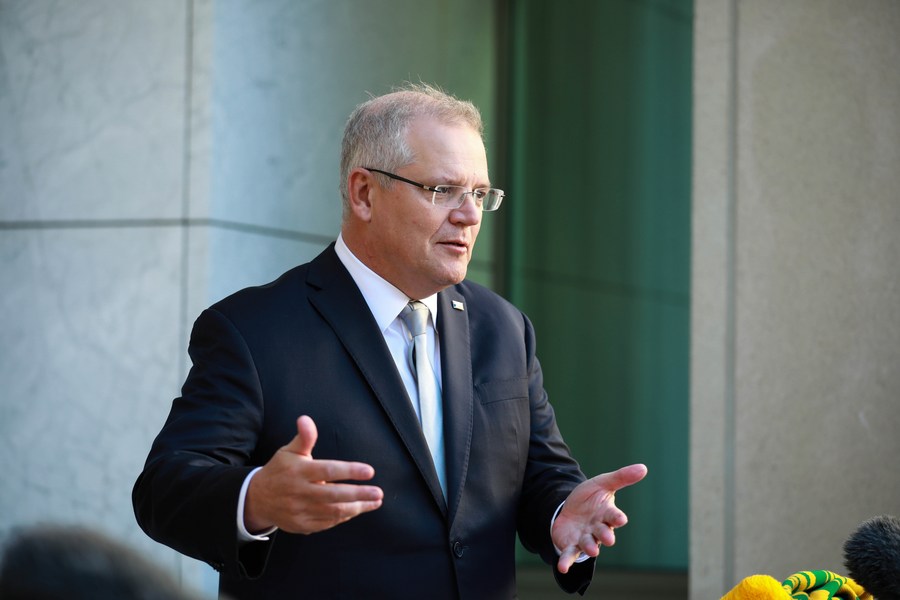 “Tomorrow our vaccination program starts, so as a curtain raiser today we’re here making some very important points; that it’s safe, that it’s important, and we need to start with those who are most vulnerable and are on the front line,” Morrison said.

Numerous world leaders have made the same gesture. U.S. President Joe Biden received his first jab on Jan. 11, and on Twitter expressed hope to “get our country back on track.” Turkish President Recep Tayyip Erdogan received his first dose of vaccine on Jan. 14, as his country started mass vaccination against COVID-19. Chilean President Sebastian Pinera on Feb. 12 received the first dose of the CoronaVac vaccine developed by Sinovac, along with those aged 71 and over.

They are unanimous in sending the information that receiving coronavirus vaccine is essential to protecting oneself and people around, and that the COVID-19 vaccine currently available is trustworthy.

Commenting on the inoculation of the Hungarian prime minister, the country’s Chief Medical Officer Cecilia Muller told a press conference Saturday that it is very important for high-ranking Hungarian officials to get immunized publicly, in order to set an example for the population.

Senegalese President Macky Sall, vaccinated on Feb. 25, said that he wanted to show that all people over the age of 60 should be able to be vaccinated, and that he and members of the government were vaccinated to set an example.

President Cyril Ramaphosa of South Africa — himself among those first vaccinated in the country — said more people in leadership positions would be publicly vaccinated to encourage more people to get vaccinated.

“We have called on leaders in various sectors and parts of the country to lead by example and get inoculated publicly,” he said.