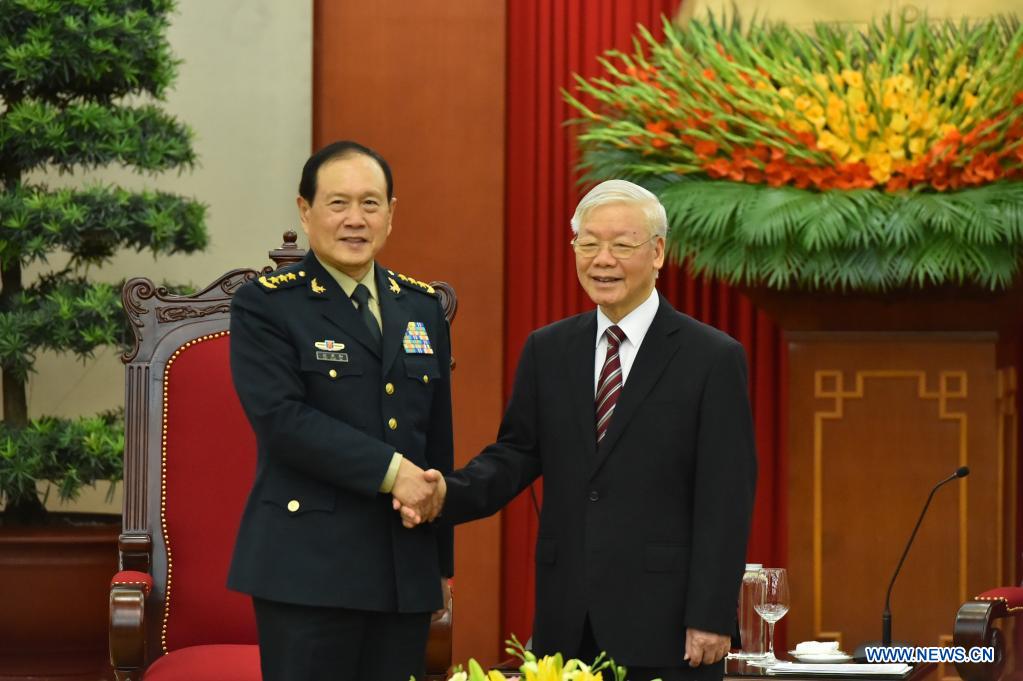 Extending congratulations on China’s success in fighting COVID-19 and achieving economic development, Trong called on the two countries to maintain and promote their traditional friendship, and advance the relationship between the two militaries of the two countries.

Regarding the issue on the South China Sea, Trong said the two countries should properly handle the issue based on mutual trust and respect, and prevent any related negative effect on bilateral relations.

In his remarks, Phuc said Vietnam firmly upholds the one-China principle and opposes any forces’ interference in China’s internal affairs.

Vietnam will stay on guard against and firmly resist any schemes to undermine the Vietnam-China relations, and will never follow other countries in opposing China, Phuc noted.

For his part, Wei said China and Vietnam are a community with a shared future of strategic significance, and have both achieved success in economic development as well as combating the pandemic, demonstrating the strengths of the leadership of the communist parties and the socialist system.

On the South China Sea issue, China and Vietnam should take a broad and long-term perspective, properly handle differences, plan maritime cooperation well, resolutely stand against the interference from powers outside the region, and jointly protect the peace in the South China Sea.

On Sunday, Wei met and held talks with his Vietnamese counterpart Phan Van Giang. The two witnessed the signing of a memorandum of understanding on strengthening international military cooperation between the ministries of national defense of China and Vietnam. Enditem