Abstract : All key tasks laid out in the government work report must be effectively implemented to sustain steady economic and social development, the State Council's executive meeting chaired by Premier Li Keqiang urged on Monday. 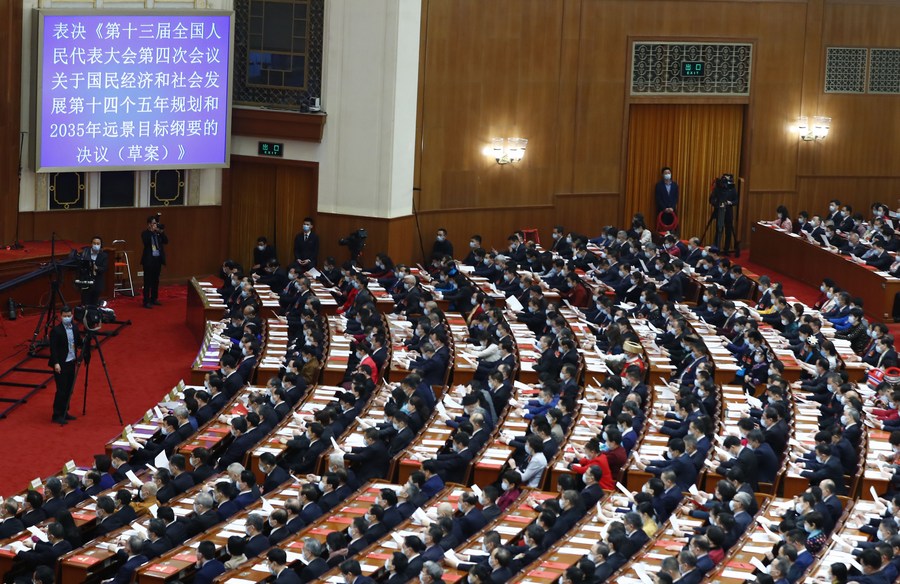 The closing meeting of the fourth session of the 13th National People’s Congress (NPC) is held at the Great Hall of the People in Beijing, capital of China, March 11, 2021. (Xinhua/Zhang Yuwei)

The report, adopted at the recently concluded fourth session of the 13th National People’s Congress (NPC), set out the key targets and priorities for the work of the government this year.

The meeting called for solid efforts in pursuing high-quality development, consolidating the gains in COVID-19 containment and socio-economic development, and delivering on the government’s commitments to the people in a bid to make fresh progress in promoting development and improving people’s well-being.

The meeting assigned the 44 key tasks in 38 areas as laid out in the report to relevant State Council bodies and subnational authorities, with their respective responsibilities and time-frames for fulfilling the tasks clearly defined.

“The government work report has gone through the legal process of approval by the NPC. It embodies our commitments made to the NPC deputies. The government must take concrete action to fully discharge its responsibilities and ensure sound implementation of all policies,” Li said.

The meeting underlined the imperative to keep abreast of shifts in the world economic trends and their implications for China. It called for a sound grasp of the dynamics in domestic economic activity, year-on-year and month-on-month, and deep analysis of new developments and new problems. This will help make informed anticipatory adjustments to the policies introduced. It is key to bolster employment and keep prices stable, in a bid to anchor market expectations. Efforts shall be made to prevent and defuse various risks and potential dangers and consolidate the foundation for economic recovery.

“The first two months saw continued economic recovery and a strengthening momentum of development. That said, the recovery remains uneven as the services sector, micro and small firms and some localities still face difficulties in achieving recovery. We must act promptly to fulfill the annual development targets and tasks set out in the government work report and keep major economic indicators within an appropriate range,” Li said.

It was emphasized at the meeting that the tax and fee cuts for micro and small enterprises, especially the new structural tax cuts, must be thoroughly implemented. The policy on raising the super tax deduction on the research and development expenses of manufacturing firms shall be enforced as soon as possible, and the settlement period shortened, so that businesses stand to benefit within this year.

The meeting urged keeping the macro leverage ratio generally stable and lowering the government leverage ratio. Financial institutions will be encouraged to promptly introduce specific measures to make financing easier and steadily more affordable for micro and small enterprises. Fiscal, financial and other policies shall work in sync to support job creation. The employment and related services for such key groups as college graduates, ex-service members and rural migrant workers will be promoted. The labor, talent, and casual labor markets will be fully leveraged to widen avenues of employment.

“An appropriate range is about job growth, income rise, environmental improvement and price stability, irrespective of the speeds of development on these fronts being a bit faster or slower,” Li said.

The meeting called for deepening reform of government functions to advance list-based management for all items requiring administrative approval. Specific measures will be rolled out to reduce the procedures, documents, time and fees required in conducting government review of applications made by enterprises. 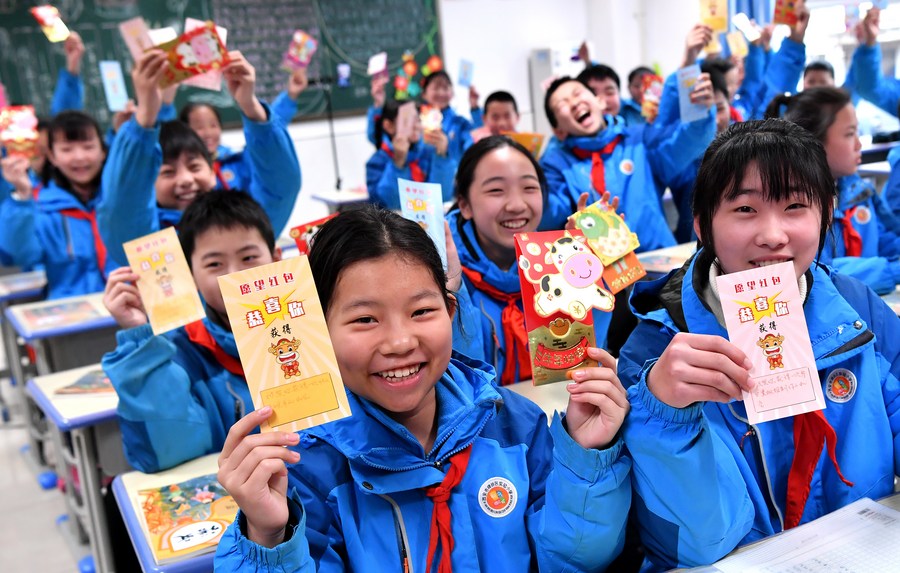 Funds of central government budgetary investments, transfer payments and local government special-purpose bonds will be delivered and utilized in a timely fashion, and support to areas of weakness such as compulsory education and basic medical care will be beefed up. Policies will be introduced to support training and in-job pursuit of higher education for teachers in counties and townships.

Measures will be promptly instituted to promote inter-provincial on-the-spot settlement of outpatient bills through individual accounts for basic medical insurance, and expand the scope of reimbursement of outpatient bills and medical expenses for common disease drugs. Tax breaks and fee exemptions shall be improved to incentivize private actors in providing community-based elderly care, child care and other consumer services.

“The world economy is faced with much great uncertainty, and there are divergent views about how things may go. A strong global economy is good for China. Yet massive quantitative easing will also bring spillover effects, which could affect China and even the entire world,” Li said.

The meeting urged tighter supervision and inspection of policy implementation. Local authorities and relevant departments must, as required by the government work report, formulate specific implementation plans as soon as possible and complete their tasks sooner rather than later. Inter-agency coordination and cooperation must be stepped up on cross-regional and cross-sectoral matters.

“The macro fiscal, monetary and employment policies must be promptly implemented. The expanded, directly allocated fiscal funds must be delivered to prefecture- and county-level governments as soon as possible with focus on supporting employment, people’s essential needs and market entities. Governments at all levels shall continue to live on a tight budget to ensure smooth functioning of primary-level governments,” Li said.