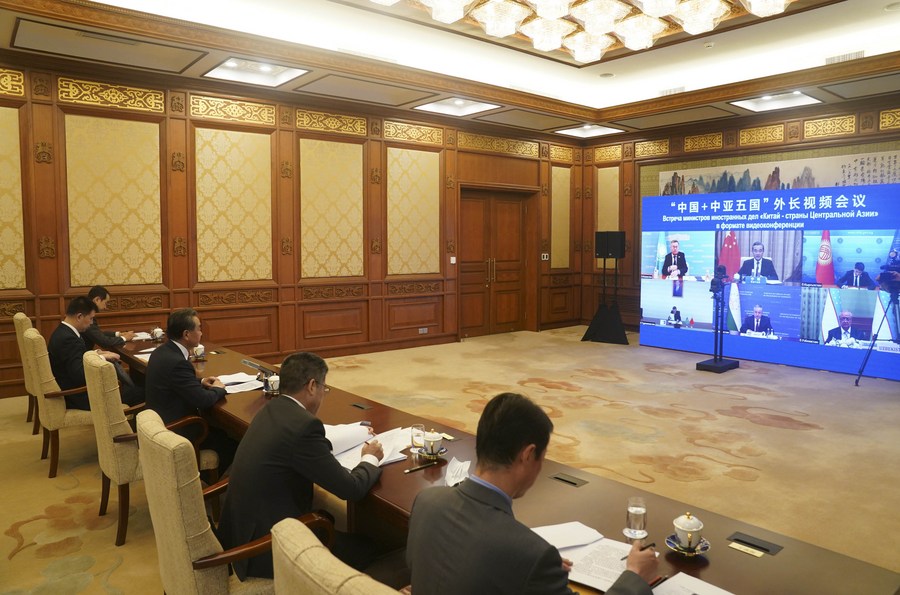 “Strengthening constructive cooperation in a period of turbulence of the world economy is a requirement of the time,” Anri Sharapov, an Uzbek olitical cientist, said.

As the world economy and politics are facing crucial tests, the first C+C5 foreign ministers’ virtual meeting reflects the stable relationship between China and the Central Asian countries, Anri Sharapov, head of the Department of Economics and Politics of China at the Tashkent State Institute of Oriental Studies told Xinhua.

“These countries are friendly neighbors with a high degree of mutual political trust and are expanding mutually beneficial cooperation,” he said.

With the Central Asian countries in the process of economic modernization, China’s investments are playing an important role in the region, he said, adding that “strengthening constructive cooperation in a period of turbulence of the world economy is a requirement of the time.”

Sharapov highlighted the importance for the bloc to work together to combat the COVID-19 epidemic, strengthen trade ties and ensure food security, calling on accelerating the development of a digital economy and diversified transportation systems.

The foreign ministers’ meeting is expected to push for the new development of relations among the countries and create favorable conditions for their cooperation under the Belt and Road Initiative, the political scientist said.

In the meeting hosted by Chinese State Councilor and Foreign Minister Wang Yi, China and five Central Asian countries agreed to launch a foreign ministers’ meeting mechanism to meet regularly to jointly address challenges, and pursue development and prosperity, according to a joint statement issued by the ministers on Thursday. Enditem