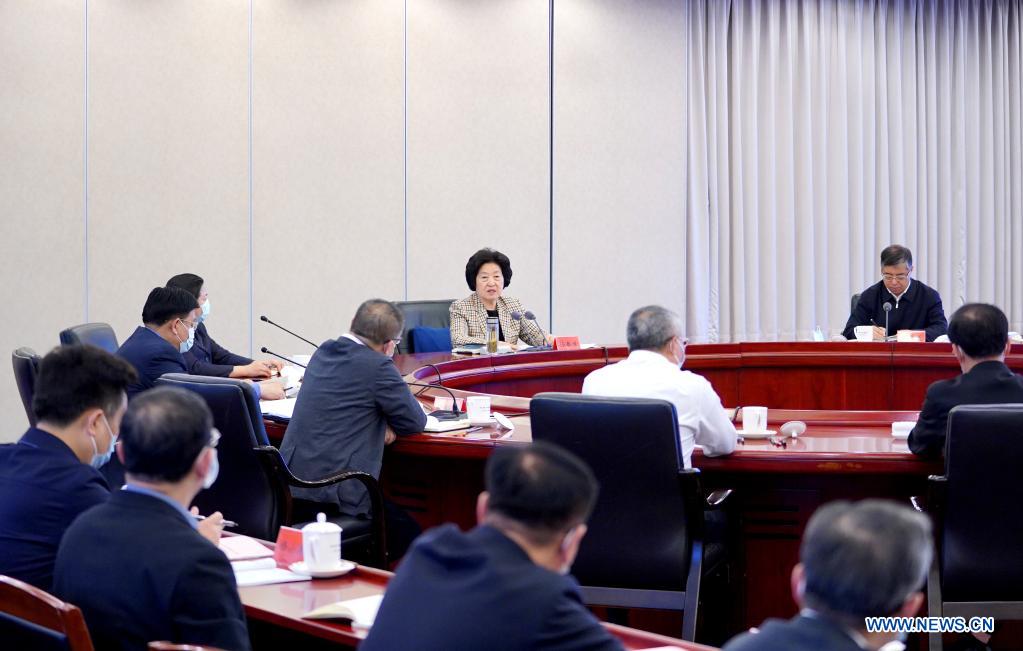 Chinese Vice Premier Sun Chunlan, also a member of the Political Bureau of the Communist Party of China Central Committee, attends a symposium on further implementing the Healthy China initiative in Beijing, capital of China, May 10, 2021. (Xinhua/Yue Yuewei)

Sun, also a member of the Political Bureau of the Communist Party of China Central Committee, made the remarks on Monday while attending a symposium on further implementing the Healthy China initiative.

As China’s economy transitions from a phase of rapid growth to a stage of high-quality development, people’s health needs are growing, said Sun, adding that ensuring people’s well-being must be considered a strategic aspect whose development should be prioritized.

Reforms of state-owned hospitals and medical insurance should be further promoted, so as to make medical treatment affordable and accessible to the public.

Currently, the immediate task is continuing the implementation of routine COVID-19 control, said Sun, adding that more efforts should be made in increasing vaccine production and expanding the administration of jabs. Enditem