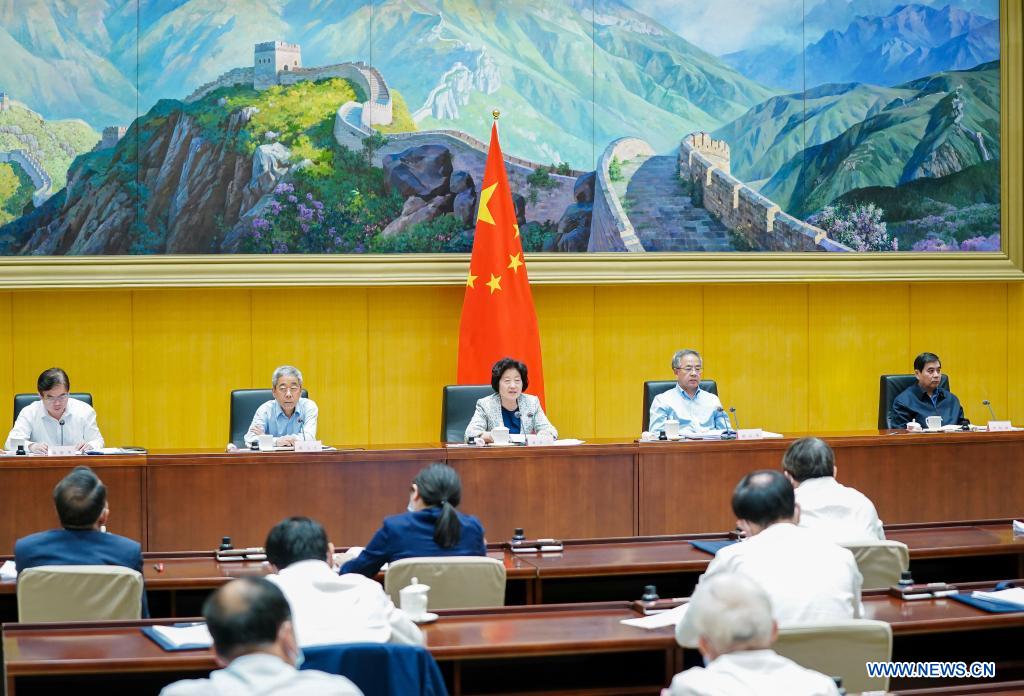 Chinese Vice premiers Sun Chunlan and Hu Chunhua, who are both members of the Political Bureau of the Communist Party of China (CPC) Central Committee, attend a teleconference on employment and business start-ups in Beijing, capital of China, on June 3, 2021. (Xinhua/Zhai Jianlan)

In a written instruction to a teleconference held in Beijing, Li, also a member of the Standing Committee of the Political Bureau of the Communist Party of China (CPC) Central Committee, noted that the country faces an arduous task in stabilizing and expanding employment.

Li asked all regions and departments to strengthen the employment-first policy, and boost employment for key job-hunting groups, including college graduates, veterans and migrant workers.

Favorable policies such as tax and fee cuts, as well as inclusive finance, should be properly implemented, Li said.

Support should be given to medium and small firms, individually-owned businesses and other market entities to create more market-based opportunities for employment and business start-ups, he said.

Vice premiers Sun Chunlan and Hu Chunhua, who are both members of the Political Bureau of the CPC Central Committee, attended the meeting and delivered speeches.

Efforts should be prioritized to secure the employment of college graduates, according to the meeting.

China aims to create more than 11 million new urban jobs in 2021, according to this year’s government work report. Enditem