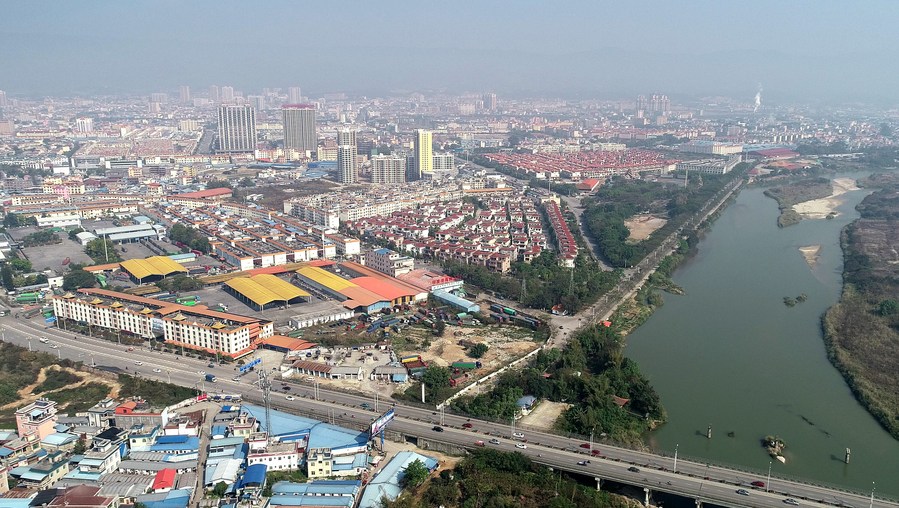 Aerial
photo taken on March 10, 2019 shows the city of Ruili in southwest
China’s Yunnan Province. Ruili, a city on the China-Myanmar border, is
an important land port located in southwest China. (Xinhua/Qin Qing)

During the period, the total import and export value hit nearly 96.7 billion yuan (about 15 billion U.S. dollars), an annual increase of 55.2 percent, said the provincial bureau of statistics.

Of the total, exports soared to over 53.9 billion yuan, marking a 128.8 percent increase from the same period last year, while imports jumped 10.5 percent year on year to over 42.77 billion yuan.