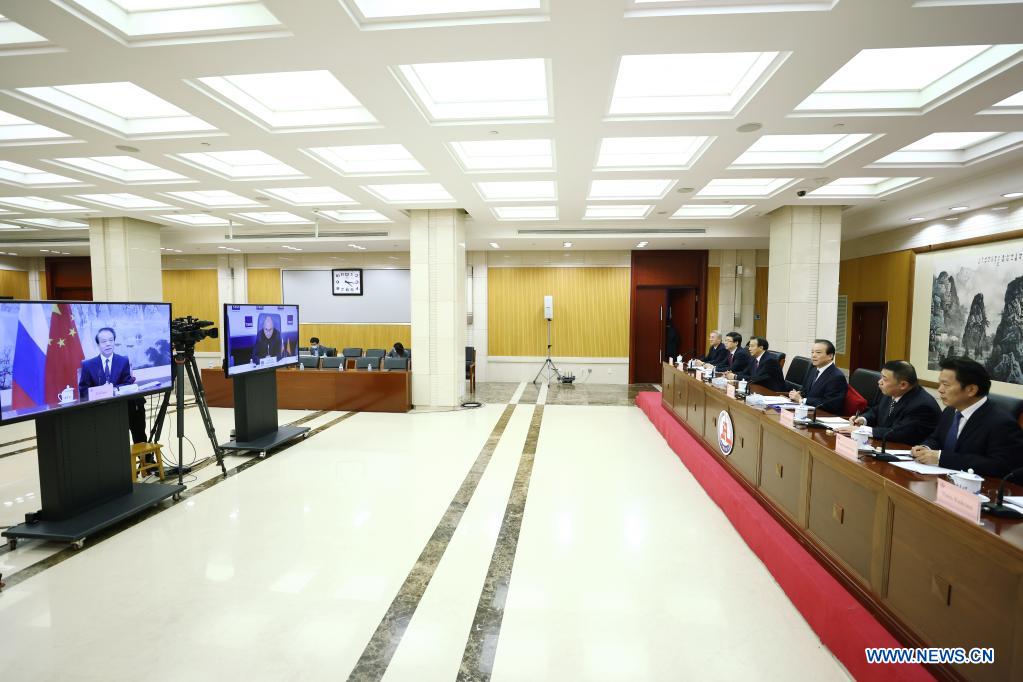 He Ping, Xinhua’s president and editor-in-chief, hailed the long-standing partnership between Xinhua and Tass, which has lasted 65 years, during his meeting with TASS Director General Sergei Mikhailov.

Standing at a new starting point, Xinhua is ready to work with TASS to help enhance mutual understanding and friendship between the two peoples and contribute to the sustained development of the China-Russia comprehensive strategic partnership of coordination for a new era, He said.

Noting that this year marks Xinhua’s 90th anniversary, He said that facing profound changes in the media industry, Xinhua is willing to strengthen cooperation with TASS in innovation fields to promote the development of the two agencies.

Mikhailov said cooperation achievements in innovation fields demonstrated the prospects and potential of cooperation between the two news agencies. He said that TASS expected the two sides to continue deepening exchanges and cooperation in various fields.

The two sides also exchanged views on promoting exchanges in the post-pandemic era and strengthening coordination and cooperation under multilateral mechanisms, such as the World Media Summit. Enditem