Abstract : China's three northeastern provinces all achieved positive economic growth in 2020, a sign of the country's economic resilience against the backdrop of the world's worst pandemic in decades.

— China’s three northeastern provinces, Liaoning, Heilongjiang and Jilin, all achieved positive economic growth in 2020, a sign of the country’s economic resilience against the backdrop of the world’s worst pandemic in decades.

— Five years ago, the region began to show a sharp decline in its economic performance indicators, as the northeastern “rust belt” has long been afflicted by an aging population, dwindling investment and talent outflow.

— Global industry leaders like LyondellBasell and SK Hynix, covering a range of fields, including chemical production, new-energy vehicles and semiconductors, have piled into the region since 2020.

BEIJING, March 1 (Xinhua) — China’s three northeastern provinces all achieved positive economic growth in 2020, a sign of the country’s economic resilience against the backdrop of the world’s worst pandemic in decades.

Last year, the GDP of Liaoning, Heilongjiang and Jilin, once China’s major industrial bases, grew 0.6 percent, 1 percent and 2.4 percent, respectively, while the country gained a 2.3-percent increase as a whole, making itself the only major economy in the world to achieve positive economic growth in 2020.

The region’s economic activity has maintained this gratifying momentum since the beginning of 2021. Jilin’s fiscal revenue in January reached 16.46 billion yuan (about 2.54 billion U.S. dollars), an increase of 22.7 percent, the second highest growth of all the provinces in China. And the figure for Liaoning during the same period also hit 33.14 billion yuan, up 3.7 percent year on year.

Five years ago, the region began to show a sharp decline in its economic performance indicators, as the northeastern “rust belt” has long been afflicted by an aging population, dwindling investment and talent outflow.

Lagging behind the national average, the region’s economy suffered a body-blow dealt by the COVID-19 epidemic in 2020, with a cluster of cases surfacing not long before the Chinese Lunar Spring Festival. However, all of the three northeastern provinces staged a strong recovery in the final quarter of 2020, bringing the full year’s GDP growth to positive terrain. 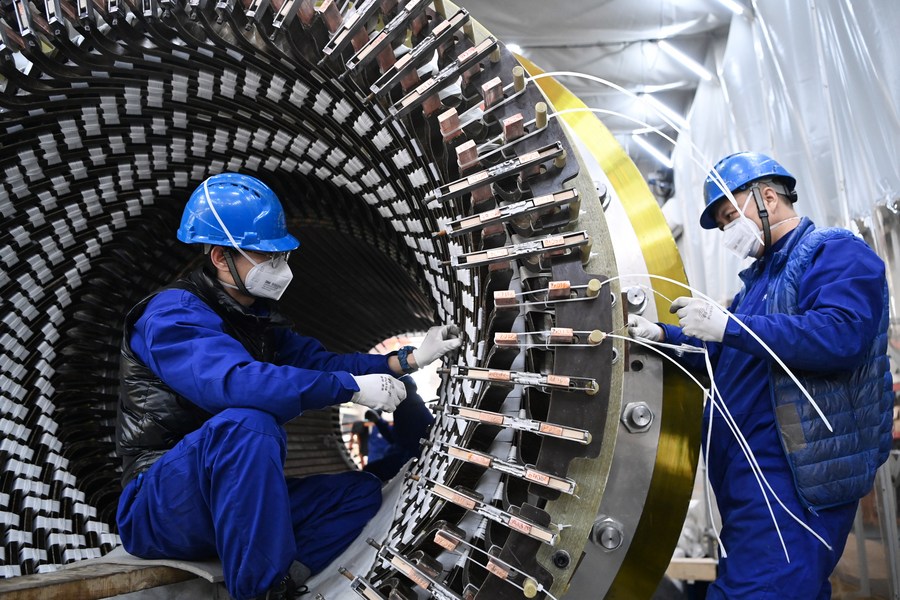 In 2020, the fixed-asset investment in Liaoning, Jilin and Heilongjiang notched up growth of about 2.6 percent, 8.3 percent, and 3.6 percent, respectively. The industrial growth of the provinces also remained steady.

It seems that the region is also determined to improve its image as an investment destination, with the business environment further improved and approval procedures streamlined. Foreign funds are pouring into the region as a result.

Global industry leaders like LyondellBasell and SK Hynix, covering a range of fields, including chemical production, new-energy vehicles and semiconductors, have piled into the region since 2020.

Li Kai, vice-president of China Academy of Northeast Revitalization, described the region’s positive growth as a “hard-won achievement”. He added that it has withstood downward pressure amid a complex internal and external environment.

“It indicates the strong resilience of China’s economy and the fact that the fundamentals sustaining China’s steady and long-term economic growth remained unchanged,” Li said. 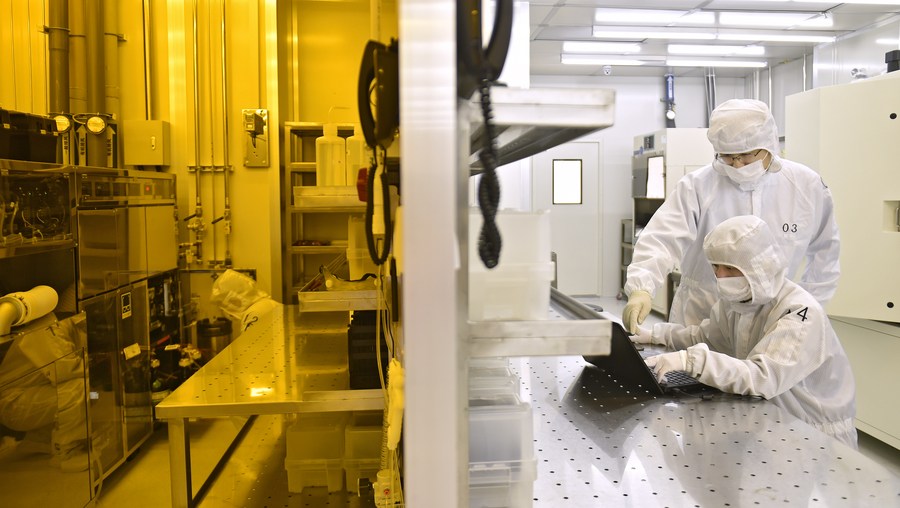 In recent years, local governments have made vigorous efforts to advance the development of the emerging industries with strategic importance, which have in turn fostered new drivers for its economy.

In 2020, Liaoning bid up its investment in the high-tech manufacturing industry by 33.4 percent, and significant growth has been seen in the sectors of optical fiber, lithium battery manufacturing and rare earth materials.

The total revenues and profits in Liaoning’s 269 “gazelle companies” — a term that refers to high-growth companies that have increased their revenues by at least 20 percent annually for four years or more — grew by 32 percent and 38 percent, respectively, year on year in 2020.

The number of newly recognized high-tech companies in Jilin during the same period has expanded by 46.9 percent compared with the previous year. Heilongjiang has also established 13,000 new science and technology companies.

The Harbin Electric Corporation received a letter of thanks for its great contribution to the development of the country’s first self-designed third-generation nuclear reactor, Hualong One.

As the only domestic supplier capable of producing the reactor coolant pump, the Harbin Electric Corporation provides a core component for Hualong One.

“We deem innovation to be the most powerful weapon when competing in the world arena,” said Si Zefu, chairman of the company, noting that it will keep on forging ahead with more innovations. 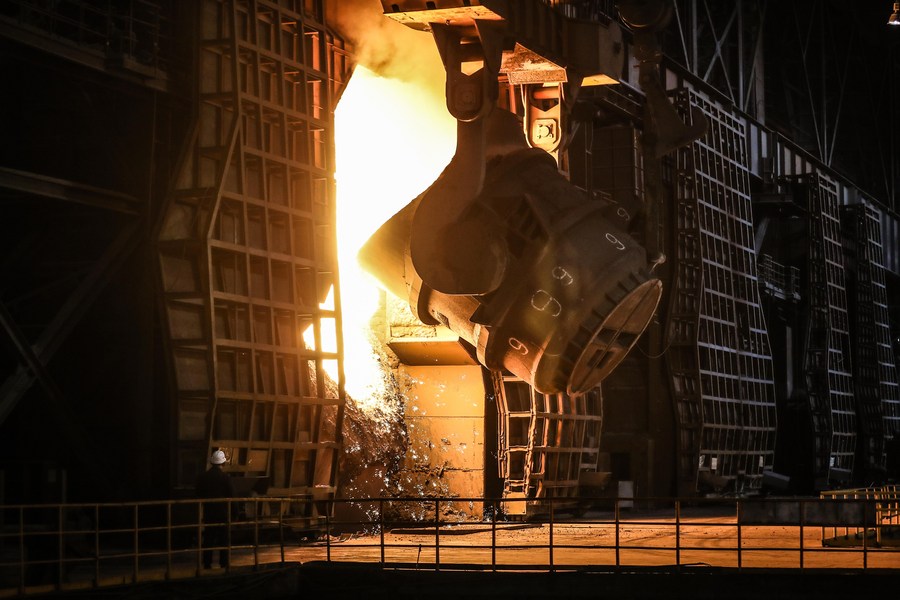 A worker checks on a furnace at a plant of Ansteel Group Co., Ltd. in Anshan, northeast China’s Liaoning Province, July 5, 2019. (Xinhua/Pan Yulong)

It is the region’s reforms of local state-owned enterprises that rekindled hope.

Dongbei Special Steel Group in Liaoning entered bankruptcy and restructuring procedures in 2016 due to debt problems. The company was bailed out when Shagang Group, a private steel producer, and Benxi Steel Group, a state-owned steel enterprise, joined in its restructuring plan in July 2017.

The hybrid model of ownership restructuring reform gave the company a new lease of life. In 2020, its net profit saw a spike of almost 270 percent.

In Heilongjiang, over 100 state-owned enterprises have successfully completed mixed-ownership reforms in the past few years, receiving tens of billions of yuan in investment from the private sector.

The revival of the northeastern region manifests the country’s economic resilience. “Northeast China has made a great contribution to the steady economic development of China as a whole,” said Li Kai of China Academy of Northeast Revitalization.

“While the northeast still grows at a slower pace than the national average, key factors such as investment, industrial growth and employment are continuing to pick up, highlighting its growth potential and vitality,” he added.