Abstract : As outlined in a blueprint for its development in the next five to 15 years, China will promote the deep integration of digital technology and the real economy, and empower the transformation and upgrading of traditional industries, so as to spur economic growth.

—
Dubbed the “world’s factory,” south China’s Guangdong Province is home
to nearly 3 million industrial companies. It is now accelerating the
digital transformation, exploring paths for the upgrading of its
manufacturing industry.

—
Currently, a total of 15,000 companies in Guangdong have achieved
digital transformation and 500,000 companies have gained access to cloud
services, thanks to industrial internet platforms.

GUANGZHOU,
April 5 (Xinhua) — As outlined in a blueprint for its development in
the next five to 15 years, China will promote the deep integration of
digital technology and the real economy, and empower the transformation
and upgrading of traditional industries, so as to spur economic growth.

Hailed
as the “world’s factory,” the southern Guangdong Province is home to
nearly 3 million industrial companies. Now the manufacturing hub is
accelerating its digital transformation, exploring paths for the
upgrading of its manufacturing industry.

On
a giant digital screen that simulates the factory’s digital operation
in a microwave oven factory of Midea Group, a Chinese home appliance
giant, in Foshan City of Guangdong, red alarms flash to alert engineers
to any problems with production equipment.

The
factory is one of the largest microwave oven production bases in the
world, with an annual production capacity of over 44 million units.
About 47 percent of the world’s magnetrons, used to emit microwaves, are
produced here each year, making it a major component supplier for
global microwave oven manufacturers.

In
March, the World Economic Forum listed the factory among the latest
members of its global lighthouse network, which is intended to select
factories leading the way in the adoption and integration of frontier
technologies of the Fourth Industrial Revolution.

To
date, a total of 69 factories across the globe have been listed as
lighthouse factories, including two under Midea Group, whose household
air-conditioning plant in Guangzhou, capital of Guangdong, joined the
list last year.

Zhou
Xiaoling, director of information technology (IT) with Midea Group,
said thanks to digitalization, the factory has increased its overall
internal efficiency by 28 percent, improved product quality indicators
by 15 percent, and shortened order delivery time by 53 percent.

“Midea
started its digital transformation in 2012. The corporate revenue
increased by 150 billion yuan (around 22.85 billion U.S. dollars) while
the number of employees fell by 40,000 from 2012 to 2019,” Zhou said,
adding that “digital transformation has injected strong development
momentum into the traditional manufacturing sector.”

In
Guangdong, a total of 15,000 companies have achieved digital
transformation and 500,000 companies have gained access to cloud
services, thanks to industrial internet platforms, according to the
province’s department of industry and information technology. 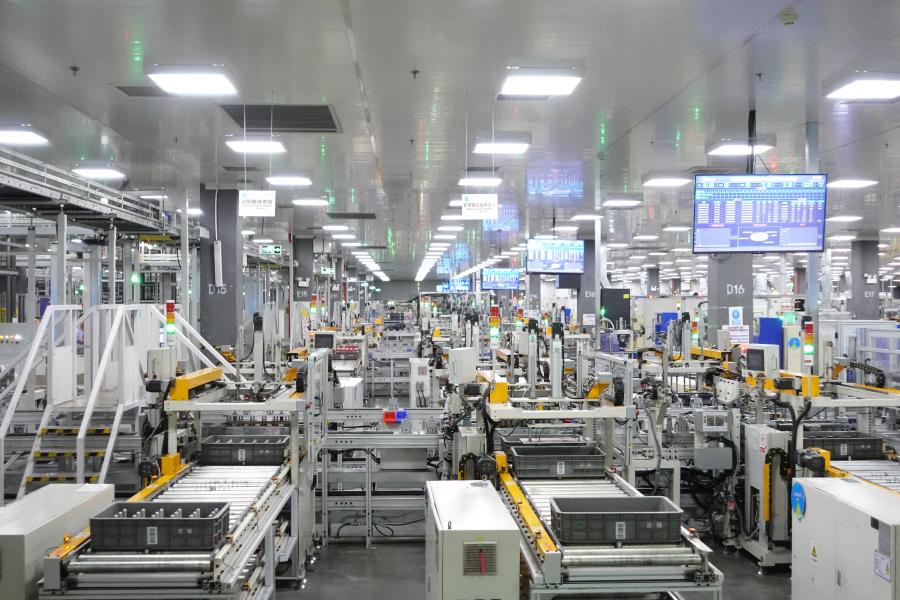 In
recent years, bellwethers in the industrial internet field such as
Huawei, Midea, Tencent and ROOTCLOUD have grown rapidly. They have not
only become pathfinders for the digital transformation themselves but
also promoted the transformation of a large number of small and
medium-sized enterprises.

According
to Xu Zhijun, rotating chairman of Huawei, by the end of 2020, the
company had built more than 40 industrial internet innovation centers in
China, providing digital transformation services for more than 20,000
industrial enterprises in over 30 industrial clusters.

In
2019, ROOTCLOUD launched an industry chain platform for customized home
furnishings. More than 20 companies in Guangzhou, Foshan and other
cities have connected with the platform, where they can complete the
front-end design, manufacturing, logistics and transportation of home
furnishings with the help of the internet, increasing their operating
efficiency dramatically.

Despite
the progress and achievements to date, the digital transformation of
Guangdong’s manufacturing industry still faces arduous tasks. 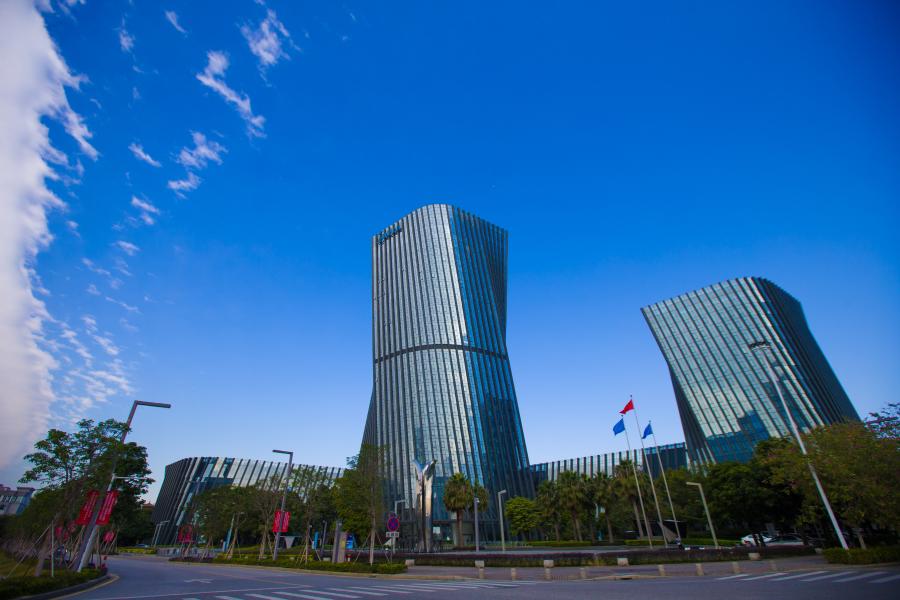 According
to Ge Changwei, director of the Guangdong Provincial Development and
Reform Commission, only one-sixth of the nearly 3 million industrial
enterprises in Guangdong have access to cloud services.

Most
of the province’s industrial enterprises are small, medium and
micro-sized firms. “They dare not, and are unwilling and unable to
change,” said Tu Gaokun, director of the provincial department of
industry and information technology.

Some
companies are concerned about the large investment and long return
periods in the industry, and rely heavily on the traditional development
path, while some lack technologies and talent necessary for digital
transformation, Tu noted.

To
speed up digital transformation, companies believe that more efforts
are needed in industrial software research and other key fields.
Meanwhile, entrepreneurs need to raise their awareness of digitalization
and there should be more visible and usable digital services for small
and micro-sized enterprises.

In
the next step, Tu said Guangdong will launch technological research
projects and demonstration applications in the fields of industrial
software, artificial intelligence and intelligent manufacturing, and
strive to provide more technological support for the digital
transformation of the manufacturing industry, especially for small and
micro-sized businesses.