Abstract : "Dual circulation" means more opportunities and greater market space. With the expansion of domestic demand, domestic and foreign enterprises will have greater market demand, and the continuously improved business environment will also benefit their development. 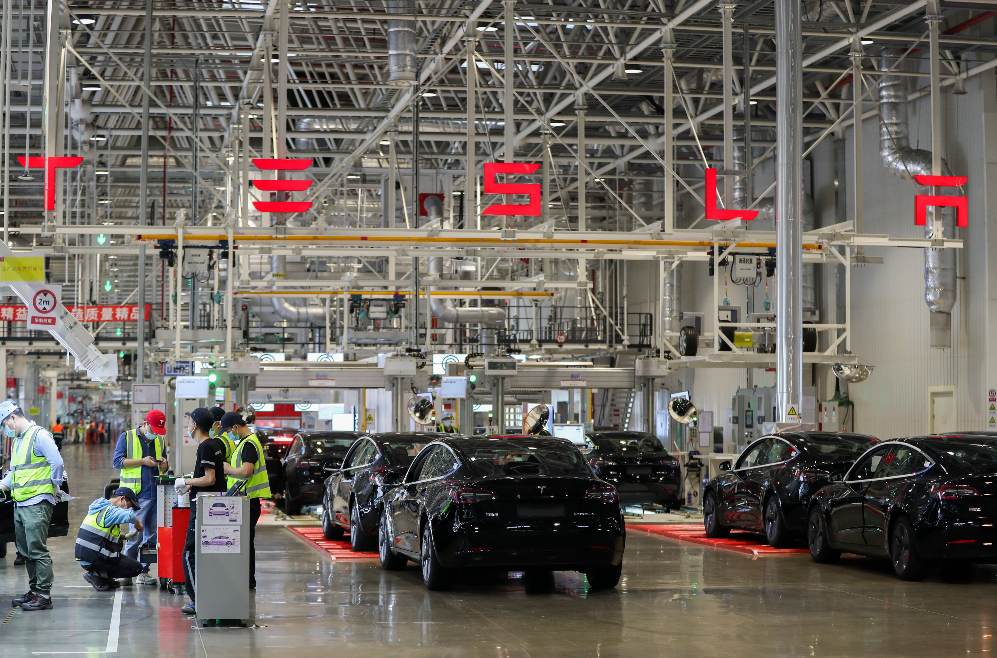 BEIJING, Dec. 17 (Xinhua) — Since the Chinese authorities proposed in May the new development pattern of “dual circulation”, it has become a buzzword when talking about the country’s future development.

The “dual circulation” where domestic and foreign markets can boost each other, with the domestic market as the mainstay has, in particular, caught attention of the foreign investors who are wondering what the new development pattern means to their investments here.

Since the introduction of “dual circulation”, the Chinese authorities have always emphasized that it is by no means a closed-door circulation, but represents a continuation of China’s opening-up efforts.

It is worth noting that compared with the 2019 version, this revision adds 125 items to further encourage foreign investment in the manufacturing industry and service field.

At present, the service industry has become the largest field of foreign investment in China. Of the more than 140 billion U.S. dollars in foreign direct investment (FDI) each year, 65 percent are invested in the service industry, according to Zhang Jianping, deputy director with the Academic Committee of the China Academy of International Trade and Economic Cooperation (CAITEC).

The “dual circulation” will lay the foundation for the country’s upcoming higher level of opening up which will lead the new trend of globalization, said Wei Jianguo, vice chairman of the China Center for International Economic Exchanges (CCIEE), adding that historical experience shows that isolating oneself from the world will only lead to backwardness, and opening to the outside world is a correct historical decision.

On August 14, at a monthly seminar held by the CCIEE, Wang Yiming, former deputy director of the Development Research Center of the State Council (DRC), believed that in the context of globalization, it is impossible for the economic activities of various countries to operate completely in isolation. In fact, China has long been deeply integrated into the economic globalization and international division of labor system.

— Huge potential in the Chinese market under “dual circulation”

China has a population of more than 1.4 billion, with the middle-income population exceeding 400 million, implying that the country has a huge domestic market with growing appetite for a greater variety of quality products, technologies and services from across the world.

At present, the country’s per capita GDP has exceeded 10,000 U.S. dollars, its urbanization rate has exceeded 60 percent and the service industry accounts for over 50 percent of its GDP.

Data show that in 2019, China’s total retail sales of consumer goods, a major indicator of consumption growth, exceeded 40 trillion yuan and the final consumption expenditure contributed to about 60 percent of economic growth. Consumption has become the No. 1 engine of the country’s economic growth for six consecutive years. Due to the COVID-19 epidemic, consumption in the country was greatly impacted. However, at the same time, various new business models such as online education, Internet medical treatment, telecommuting and live streaming have enjoyed robust development and driven the online consumption.

According to the National Bureau of Statistics (NBS), online consumption remained a bright spot in China, with online retail sales rising 11.5 percent year on year in the January-November period.

China’s potential can also be proven in its automobile market. The country has ranked first in the world in automobile production and sales for 11 consecutive years. For some foreign auto companies, China has become their main market.

For example, since 2012, the Chinese market has become the largest single retail market for General Motors (GM) in the world.

China is also the world’s largest single market for Volkswagen Group, contributing nearly 40 percent of its total sales. Volkswagen’s sales in the Chinese market in 2019 accounted for 50.38 percent of the brand’s total global sales. For Toyota, although the United States is its largest auto market, China has already surpassed Japan as its second largest market.

In addition, China attaches great importance to the technological transformation and upgrading of the automobile industry, and has issued a series of policies to support the development of new energy vehicles (NEVs) and intelligent connected vehicles (ICVs), creating a good environment for the upgrading and transformation of the automobile industry.

At the 6th China and Globalization Forum held in Beijing in November, Daimler’s executive vice president in China Leng Yan noted that since 2015, China has been Daimler’s largest single market in the world. The epidemic has highlighted the importance of the Chinese market.

Leng said that “we are confident in the long-term development prospects of the Chinese market and are committed to common development with China.”

Gong Liutang, a professor at the Guanghua School of Management of Peking University, pointed out that with the continuous increase in national income, China’s competitive advantage has gradually transformed into a domestic market size advantage, which means that the economic opening strategy and structure need to be adjusted. “Dual circulation” means more opportunities and greater market space. With the expansion of domestic demand, domestic and foreign enterprises will have greater market demand, and the continuously improved business environment will also benefit their development.

In the latest World Economic Outlook report released in October, the International Monetary Fund (IMF) forecast China’s economy to grow 1.9 percent in 2020, 0.9 percentage points higher than the IMF’s June forecast, which would make China the only major economy to register positive growth this year.

Although the fallout of the COVID-19 epidemic this year has caused the sharp contraction in the cross-border trade and investment, the majority of multinational companies continue to be optimistic about China, and their long-term business development strategy in China has not changed.

According to MOC, the FDI into the Chinese mainland, in actual use, expanded 5.5 percent year on year to 98.7 billion yuan (14.38 billion U.S. dollars) in November, marking the eighth consecutive month that the country has witnessed FDI growth. In the first 11 months, FDI rose 6.3 percent year on year. China’s “dual circulation” will not only help to protect the Chinese economy from the volatility of external markets but will also help drive future economic development in a more balanced and sustainable way. These manifest a sign of reassurance for foreign investors of China’s strong recovery potential and future sustainable growth, according to Merlin Swire, chairman of Swire Pacific Limited at the Understanding China Conference 2020 held in Guangzhou, south China’s Guangdong Province.

“Swire Pacific has full confidence in China’s economy, and we will continue to invest in China,” said Merlin Swire.

At present, Swire Pacific has more than 38,000 employees and diversified businesses in the Chinese mainland, with investments mainly in airlines, aircraft engineering, property development and management, beverages and food industries.

The attraction of the Chinese market lies not only in market size, but also in innovation. China has the world’s largest consumer market. In addition to promoting the formation of new business models, it will also promote the acceleration of technological innovation, according to Yin Zheng, president of Schneider Electric China.

Zhao Ai, executive vice president of the China Society of Economic Reform, said that under the new development pattern, China’s door to opening-up will become wider and opportunities for multinational companies will increase.

“A number of statistics show that despite the epidemic fallout and the uncertain international environment, China’s attractiveness to foreign investment has not changed, but been increasing, thanks to its large-scale market and improving business environment. It also reflects the resilience and vitality of the country’s economic development,” added Zhao. (Contributed by Hu Pingchao with Xinhua Silk Road, hupingchao@xinhua.org)