Abstract : China on Wednesday pledged to jointly build a belt of mutually beneficial cooperation and development with Central Asian countries, to forge a community with a shared future for China and Central Asia. 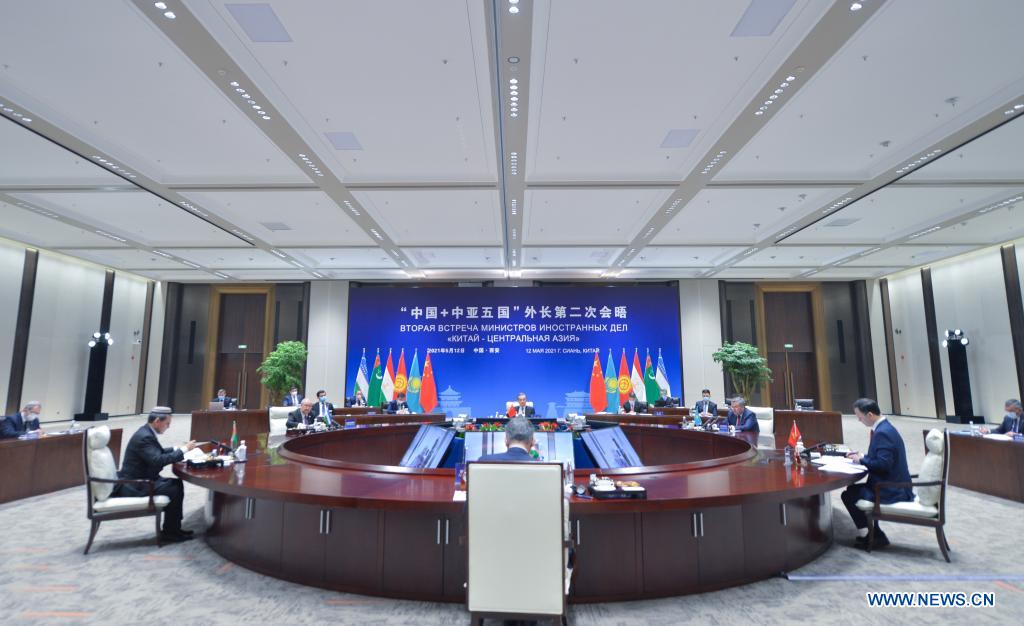 XI’AN, May 12 (Xinhua) — China on Wednesday pledged to jointly build
a belt of mutually beneficial cooperation and development with Central
Asian countries, to forge a community with a shared future for China and
Central Asia.

Wang said that China and the Central Asian countries have constantly
injected impetus into coordinated regional development and economic
recovery, making concrete contributions to regional peace and
development. The collective cooperation between China and Central Asia
comes at the right time, with promising prospects, Wang added.

Noting that this year marks the 30th anniversary of the independence
of the C5 countries, Wang said China and the Central Asian countries
have carried forward friendship and explored cooperation over the past
three decades. He cited the settlement of historical border issues via
peaceful talks, the safeguarding of people’s security and their active
participation in jointly building the Belt and Road.

Wang went on to propose united efforts in response to COVID-19,
saying that China is ready to work with all sides to put in place a
notification mechanism for major epidemics as soon as possible, give
active consideration to offering a new batch of vaccine assistance, and
carry out cooperation on development and the joint production of
vaccines.

On fostering pilot zones along the Silk Road economic belt, Wang said
that China is willing to better synergize with C5 countries on markets,
products, rules and funding, and improve the quality and scale of
trade. He also called for jointly building a grand Eurasian passageway
of interconnectivity based on open cooperation.

On the subject of boosting regional security, Wang called for
cooperation on preventing transnational organized crime and controlling
the drugs trade, among other issues. He also urged staunch mutual
support on safeguarding national sovereignty and clear opposition to
foreign intervention. To ensure a stable transition of the situation in
Afghanistan, Wang said that foreign troops based there should withdraw
in an orderly and responsible manner.

Wang briefed the press about three joint statements released at the
meeting. Referring to the first, he said that all sides called for
deepening cooperation on their response to the pandemic, jointly
opposing “vaccine nationalism” and “the gap of immunity.” He said the
second statement relates to deepening local cooperation and putting in
place subnational cooperation mechanisms, while the third concerns
working toward peaceful reconciliation in Afghanistan.