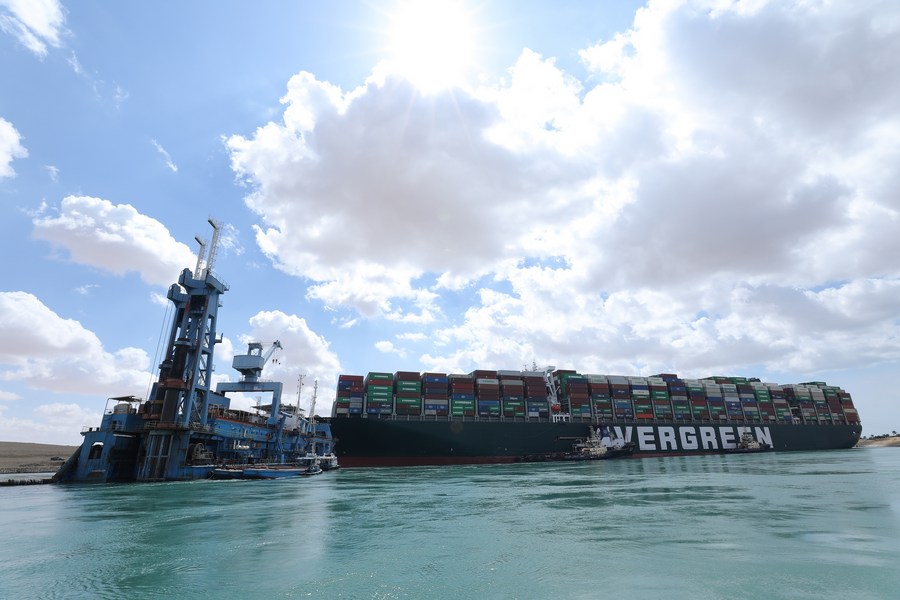 Rescue
vessels work at the site of a container ship trapped on the Suez Canal
of Egypt on March 26, 2021. (Suez Canal Authority/Handout via Xinhua)

Without
mentioning the name of the Chinese company, Rabie noted that each of
the five tugs will be with a bollard pull of 80 tonnes. 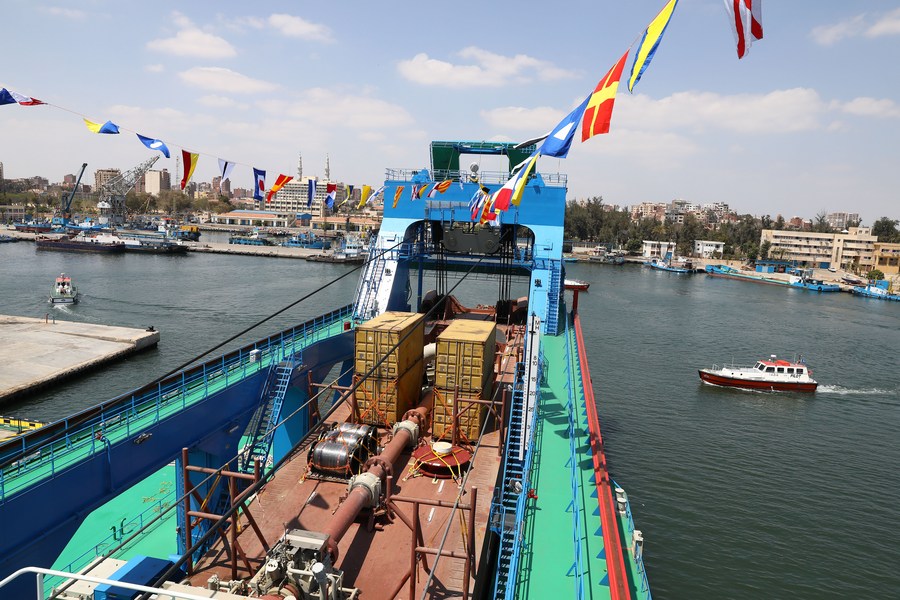 “We
have already agreed with the Chinese company that the first tug will be
delivered to Egypt in 14 months, the second in 20 months and all the
five tugs will have been delivered in three years,” Rabie told Xinhua on
Monday, following a ceremony held in the northeastern Ismailia province
to mark the recent arrival of a giant dredger to the SCA.

“It
is possible that we will cooperate with China in building bigger
tugboats,” Rabie added, voicing his confidence in the prospects of
cooperation between the SCA and China.

“In
fact, the Chinese are so cooperative with us,” the SCA chief told
Xinhua, noting that Chinese companies are the first to present their
offers in the tenders and projects launched by the SCA. 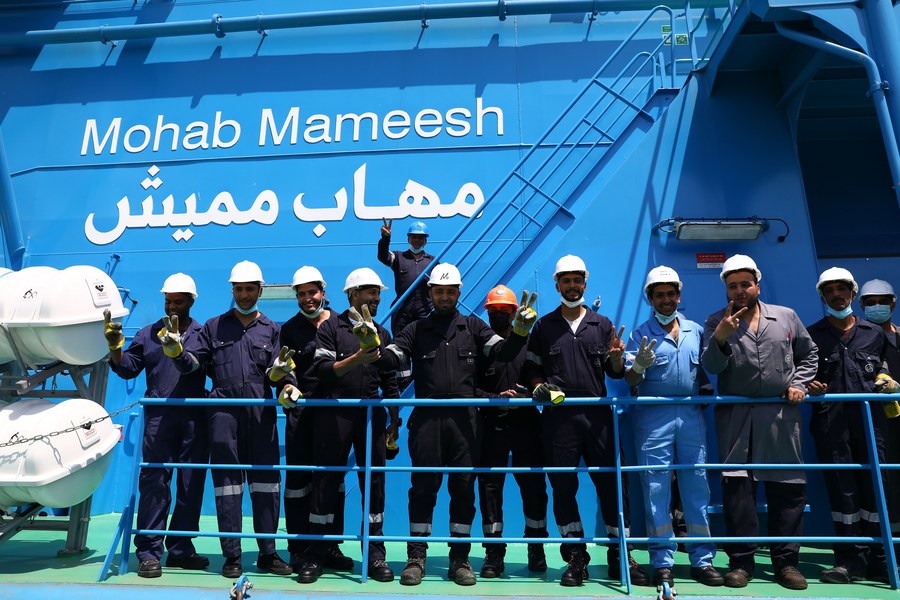 In
late March, the massive Panama-flagged container ship Ever Given was
successfully refloated after being stranded in the Suez Canal for almost
a week, thanks to cooperation between the SCA and the Dutch firm
Boskalis as well as its emergency response team SMIT Salvage.

Rabie
noted that the SCA is upgrading its fleets of dredgers and tugboats,
not only to ease navigation in the Suez Canal but also to prepare for
rescue operations inside and outside the SCA. 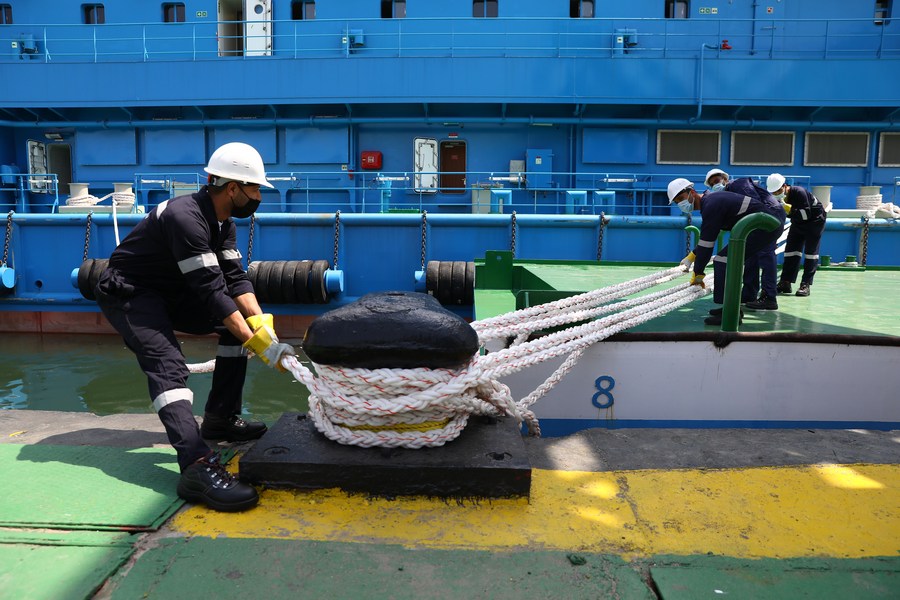 For
his part, Mostafa Kenawy, head of the dredging department at the SCA,
said that besides the five tugs to be built in China, most of the spare
parts at SCA workshops are “made in China.”

“We
have deep cooperation with China and we’re about to hold a tender for
building a new hopper dredger, and Chinese companies are welcome to
present their offers,” the SCA official told Xinhua in an interview
aboard the newly received dredger.

Linking
the Mediterranean Sea with the Red Sea, the Suez Canal was officially
opened for international navigation in late 1869, serving as a major
lifeline for global seaborne trade as it allows ships to travel between
Europe and South Asia without navigating around Africa.