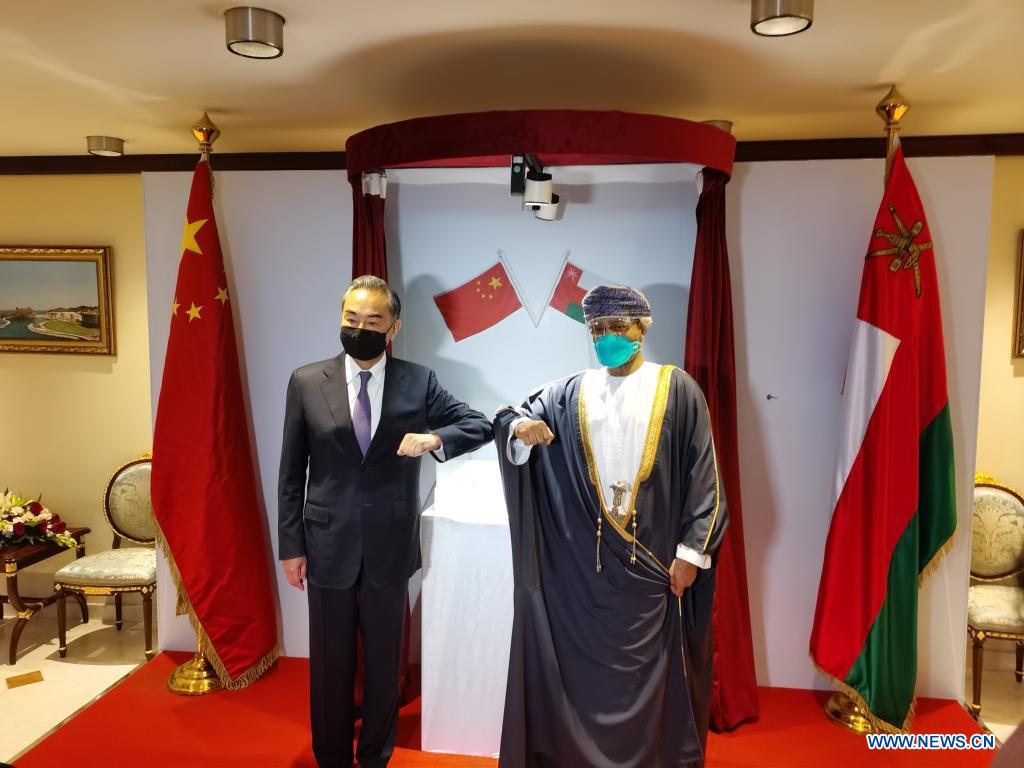 With a long history dating back to the Silk Road, the ties between China and Oman have exemplified the China-Arab relations and the friendly exchanges between the two great civilizations, Wang said, expressing gratitude to Oman for its strong adherence to the one-China policy and support on the issues concerning China’s core interests.

He said China supports Oman in safeguarding its national security and stability and independently exploring a development path in line with its own national conditions.

China is willing to be Oman’s most trustworthy friend to jointly seek greater development of the China-Oman strategic partnership in the new era, and build a community with a shared future for mankind, the Chinese diplomat said.

China aims to deepen the synergy between the China-proposed Belt and Road Initiative and Oman’s 2040 Vision, and boost the China-Oman cooperation in the fields including energy, investment, fishery, high and new technologies, and human resources, so to complement each other’s advantages and realize joint development, Wang said.

The Chinese foreign minister called for joint efforts to implement the Initiative on China-Arab Data Security Cooperation to help raise the voice of developing countries in formulating the rules governing the global digital economy.

China and Oman also need to cement their cooperation in sports and tourism so as to consolidate the friendship between the two peoples, Wang said.

He also expressed China’s willingness to join hands with Oman and other GCC member states to create a China-GCC free trade zone as soon as possible.

Referring to the Middle East situation, Wang said the regional issues shall be solved through peaceful negotiations among the related states and their peoples because “the Middle East belongs to its peoples.”

This region has long suffered from excessive interference by big powers and their geopolitical competition for years, the Chinese diplomat noted, stressing that China hopes Middle East countries would adhere to independence and self-reliance and explore a development path in line with regional conditions, so as to jointly preserve peace and stability in the region.

As a good friend and partner with the countries in the Middle East including the Gulf states, China will continue to stand unwaveringly with them and support their efforts to achieve lasting peace, stability and prosperity, Wang vowed.

He expressed the confidence that Oman, with its consistent, moderate and inclusive foreign policy, will play a unique role in seeking peace in the Middle East.

For his part, Sayyid Badr lauded the great strides made in the Oman-China relationship in the past 40 years since the establishment of bilateral diplomatic ties.

He said that Oman has been firmly sticking to the one-China policy and expects to strengthen the bilateral cooperation with China in various fields for mutual benefits.

Appreciating China’s support for Oman in fighting the COVID-19, the Omani diplomat expected to strengthen the vaccine cooperation with China, with an aim to boost the regional and global fight against the pandemic.

Oman highly lauds the Belt and Road Initiative and is keen to be a genuine partner in advancing this initiative, he said, noting Oman opens all its sectors to China and welcomes Chinese investment in tourism, energy, renewable energy, mining, science and technology, information technology, and human resources.

Sayyid Badr also said that Oman supports the establishment of the China-GCC free trade zone at an early date, adding that Oman will further its communication and collaboration with China in order to make joint contribution to regional and global peace and prosperity.

The two ministers agreed to sign a visa-free deal, and witnessed the signing of several documents on cooperation in the areas of culture, media and health. They also attended the ceremony of unveiling the plaque of a memorial monument of Chinese navigator Zheng He. Enditem