Abstract : A ground-breaking ceremony of a China-Russia bilateral nuclear energy cooperation project was held Wednesday, marking new achievements and heights in the comprehensive strategic partnership of coordination for a new era between the two countries. 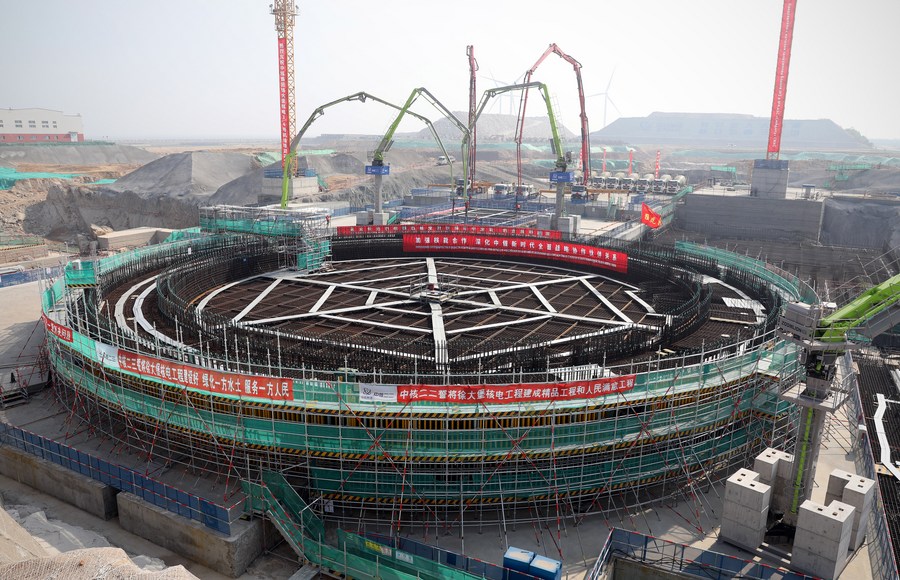 Photo taken on May 19, 2021 shows the launch ceremony for the construction of Unit 3 of the Xudapu nuclear power plant in Huludao City of northeast China’s Liaoning Province. (Xinhua/Yao Jianfeng)

BEIJING, May 20 (Xinhua) — A ground-breaking ceremony of a China-Russia bilateral nuclear energy cooperation project was held Wednesday, marking new achievements and heights in the comprehensive strategic partnership of coordination for a new era between the two countries.

Units 7 and 8 of the Tianwan nuclear power plant and units 3 and 4 of the Xudapu nuclear power plant, the largest China-Russia nuclear energy cooperation project to date, was launched at the ceremony, which demonstrates cooperation outcomes in high-end equipment manufacturing and sci-tech innovation between the two countries.

This year marks the 20th anniversary of the signing of the China-Russia Treaty of Good-Neighborliness and Friendly Cooperation. Multiple ongoing projects are helping expand ties and advance bilateral relations to a higher level.

Energy cooperation has always been deemed the most important area of practical collaboration between the two countries.

The southern section of the pipeline, comprising a total length of 1,509 km, is under construction from Yongqing county in Hebei province to Shanghai.

A major tunnel of the southern section is being built underneath the Yangtze River in east China’s Jiangsu Province. It kicked off construction on May 18. 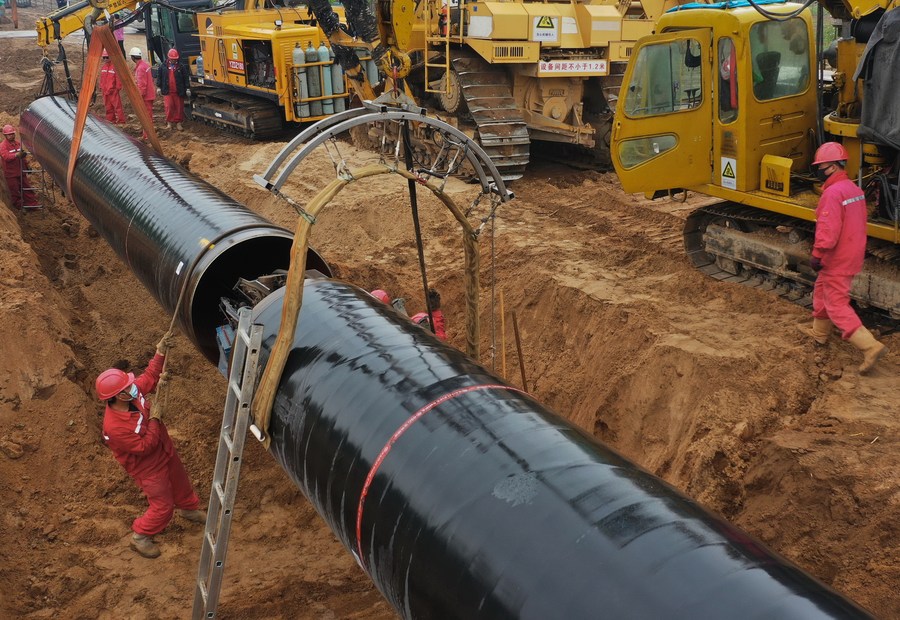 China and Russia have designated the years of 2020 and 2021 “Year of Scientific and Technological Innovation” in each other’s country.

In April this year, the two sides issued a statement on jointly building an international scientific research station on the moon.

Major strategic projects in the fields of nuclear energy and space research embody important directions of China-Russia cooperation, with a visible trend to accelerate the promotion of such projects, said Liu Huaqin, director of the Eurasian Institute of the International Trade and Economic Cooperation Research Institute, Ministry of Commerce.

Practical cooperation has provided strong support for high-quality economic and social development of the two countries.

Agriculture, manufacturing, high-tech industries and trade in services are expected to become new highlights of pragmatic cooperation between the two countries, Liu noted.