Abstract : Sudan and China on Thursday signed an agreement to build a China-aided large slaughterhouse in the Sudanese capital Khartoum. 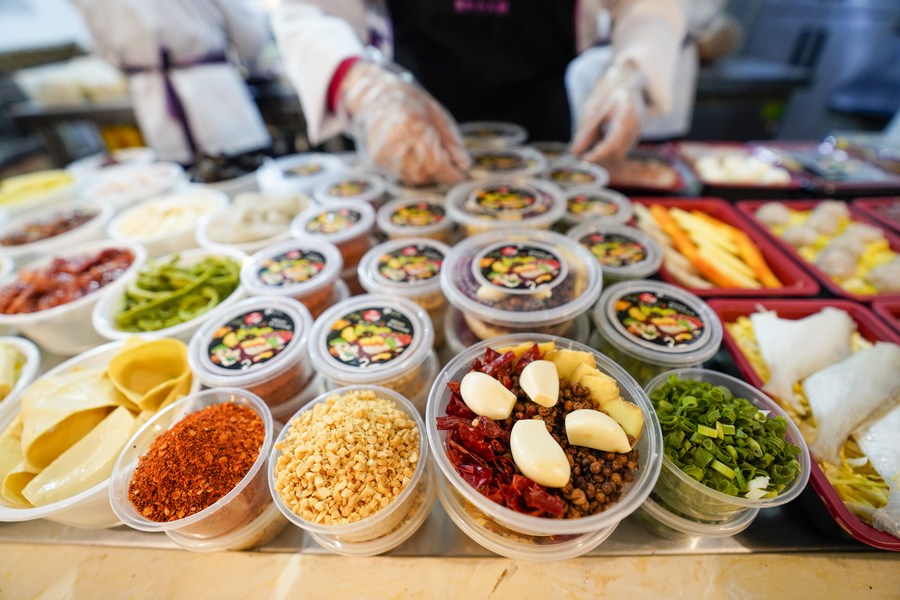 HEFEI, Dec. 10 (Xinhua) — There is nothing more delectable than indulging herself with a chili hotpot during the chilly winter for Li Xiao. As China blazes ahead with “Clean Your Plate” campaigns to curb food waste, single-serving hotpots on take-out e-platforms just caught the epicure by surprise.

“Hotpot boasts a variety of content and nutrition, however, only those with big appetites can finish the dish down to the last morsel. There’s often a trade-off between food variety and thriftiness for me,” grumbled Li, who lives alone in Hefei, east China’s Anhui Province.

Now, the debut of hotpots for one serving breaks away from the pack, with small portions of each ingredient and well-balanced menus on offer.

“Now I can have it both ways: enjoying the food diversity and savoring a mouthful of each kind without feeling guilty about wasting any,” Li said.

Half-portion dishes brought along not only more choices but also an economical scale-down of price. “Smaller portions of food satisfy a foodie’s craving for a working lunch and staycation after a long day’s grind,” said the 26-year-old office lady.

Amid the country’s efforts to fight food waste, Chinese regulators have banned binge-eating livestreamers and called on consumers to order on-demand and pack their leftovers.

Roughly one-third of food produced for human consumption is lost or wasted globally, which amounts to about 1.3 billion tonnes per year, according to a UN Food and Agriculture Organization report. 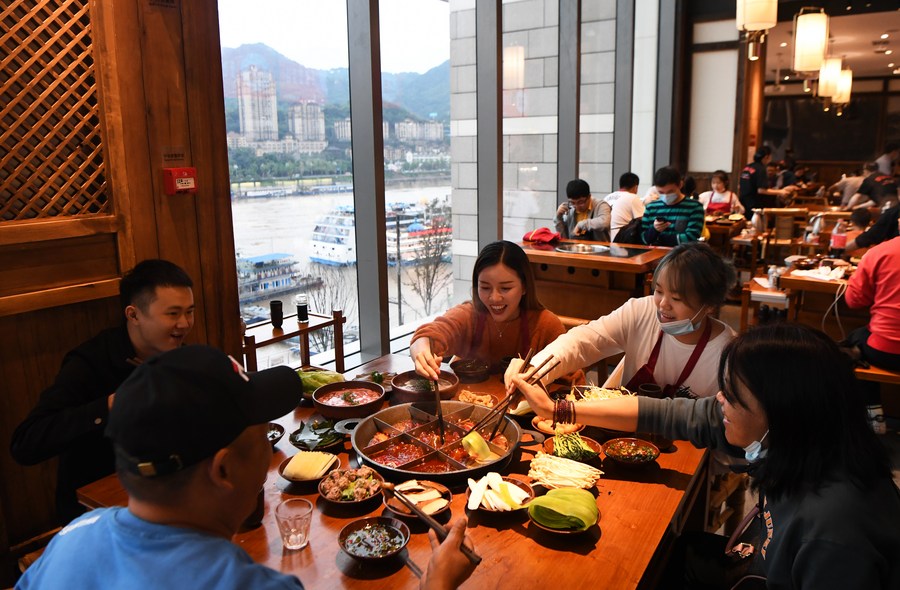 In China, about 17 million tonnes of food was estimated to be frittered away on the dining tables of restaurants in the cities each year, enough to feed some 30 million to 50 million people.

The country’s ravenous eaters have also become aware of the pressing glut resulting from their excessive eating. According to a survey conducted on food waste in China’s chain catering industry between 2019 and 2020, more than 60 percent of its respondents have faith in the catering industry to shoulder more responsibilities in abstaining from excess.

Nearly 90 percent of the surveyed eateries responded with a proactive attitude, willing to cut down food waste through technologies and other methods.

Online takeaway platforms have been among the first to take action. Smaller portions of dishes, specified descriptions of serving sizes on menus, as well as set meals-for-one have received warm welcome among the eaters.

From August to September this year, orders of dishes with smaller proportions rose by 18.5 percent compared with the previous two months. In September alone, orders for smaller take-out meals surged by 69 percent year on year, according to China’s leading food delivery platform Meituan.

Chengdu, Guangzhou, Beijing, Shenzhen and Shanghai were the top five cities where residents placed the largest number of orders for small portions, said the platform.

Restaurants have named themselves using phrases such as “small dishes” and “small proportions,” while leading industry brands also moved to approach “Zero Waste,” or as little waste as possible.

In October, Meituan teamed up with hundreds of catering brands, ranging from bakeries to food outlets of different local flavors, to offer “Zero Waste” set menus with optimized design. For example, cream cheese bread is now sold in sizes for one bite at a time.

“Technical efforts by the food delivery industry matter a lot and reap a lot as well. In the meanwhile, the whole society needs to change their attitudes and ditch entrenched habits like going in for pomp,” said Wang Yunfei, an associate professor of social and political science with Anhui University.

“To reduce food loss and waste, and to make frugal diet habits back in vogue, are no longer optional but obligatory for the whole society,” Wang said.