Abstract : Enveloped in a virgin forest of southwest China, a 5,800-meter-long tunnel has been drilled as part of the China-Laos railway while minimizing the impact on the environment. 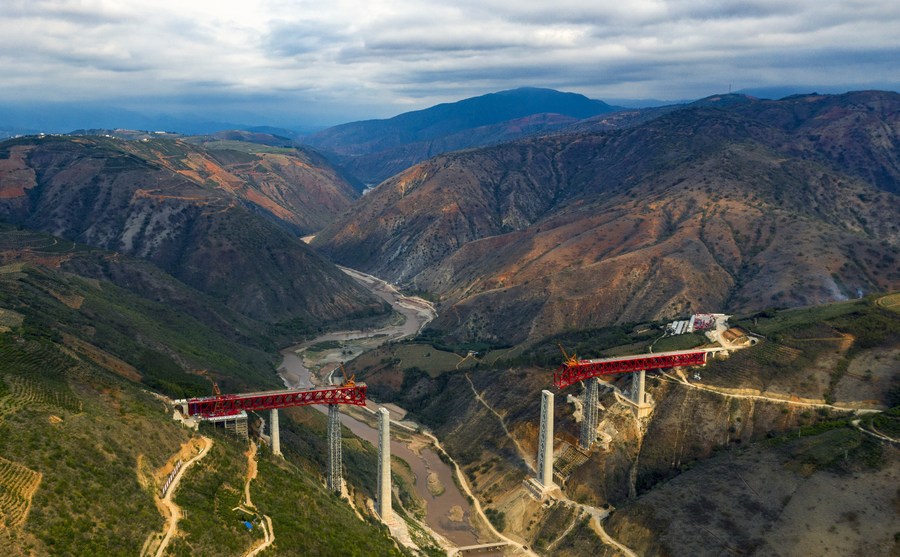 Aerial photo taken on March 5, 2020 shows the construction site of Yuanjiang River grand bridge along the China-Laos railway that is under construction in southwest China’s Yunnan Province. (Xinhua/Jiang Wenyao)

The builders of main China section of the China-Laos railway have gone out of their way to reduce the carbon footprint of the design as the construction takes place in an environmentally sensitive area.

KUNMING, April 9 (Xinhua) — Enveloped in a virgin forest of southwest China, a 5,800-meter-long tunnel has been drilled as part of the China-Laos railway while minimizing the impact on the environment.

The railway, which stretches more than 1,000 km from Kunming, capital of China’s Yunnan Province, to Vientiane of Laos is scheduled to open in December this year. Upon completion, it will slash the travel time between the two cities to less than one day, according to China State Railway Group Co., Ltd.

The main China section of the railway linking the city of Yuxi and Mohan, a township on the China-Laos border, is flanked by 19 nature reserves with rich biodiversity, three of them at the national level.

Located along the railway section, the Shanggang No. 1 Tunnel in Mengla County is of great significance, yet given its location in an environmentally sensitive nature reserve, with a forest coverage rate of 87 percent, as well as abundant minerals and water resources, its construction is particularly complex.

“We canceled the original design of the inclined shaft in the reserve to dig the tunnel, reducing its footprint by more than 2.6 hectares,” said Huang Ming, a project manager with China Railway 25th Bureau Group Co., Ltd.

“We used the heading method — drilling at the entry and exit of the tunnel, which doubled the construction time but protected the natural environment,” Huang noted. 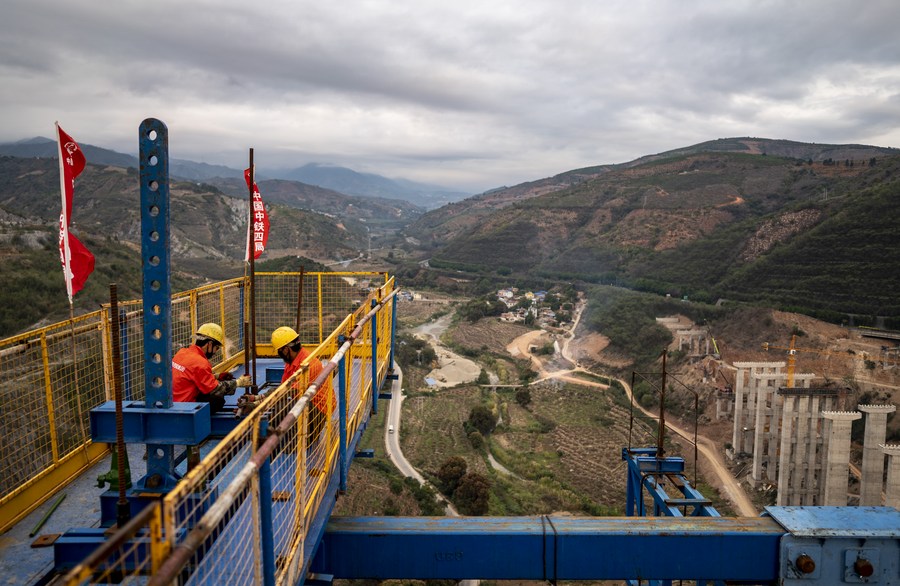 People work at the construction site of Nanxi River grand bridge along the China-Laos railway that is under construction in southwest China’s Yunnan Province, March 5, 2020. (Xinhua/Jiang Wenyao)

Due to the rich underground water content in the tropical rainforest, up to 13,000 cubic meters of water ran out through the tunnel every day during the rainy season, taking with it sediment and minerals.

“If such a large amount of wastewater was allowed to flow out uninhibited, it would pose a great threat to the local water ecology,” said Huang.

The construction team upgraded the sewage sedimentation tank to improve the wastewater reception and treatment capacity, he said.

TUNNELS FOR WILDLIFE, RAIL OF BIODIVERSITY

Another two tunnels about 170 km away from the Shanggang No. 1 Tunnel were drilled for elephants, linking one of the scheduled train stations along the railway — the Wild Asian Elephant Valley Station.

The station under construction is adjacent to an Asian elephant nature reserve. It was designed to minimize the disruption to the activities of the giant animals, as the two tunnels cut through the mountain instead of traversing the virgin forests.

In China, wild Asian elephants are under top-class protection and mainly inhabit the southern regions of Yunnan, with a population of fewer than 300.

“This mode of construction means that all the construction work happens underground, thus lessening the impact on the wildlife and environment. The operation of the railway will not affect the normal activities of Asian elephants, either,” said Yu Youbiao, a deputy commander on the construction site with China Railway’s Kunming bureau. 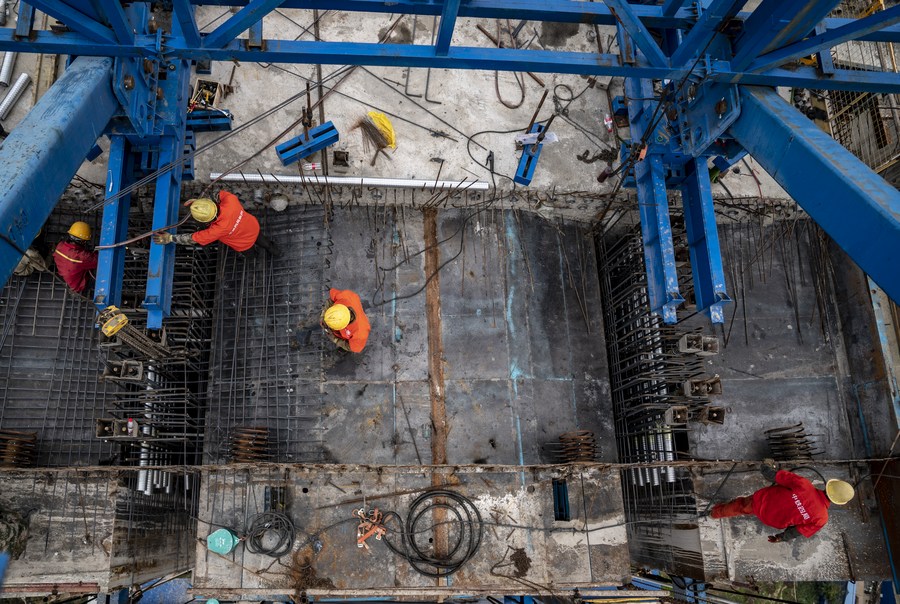 People work at the construction site of Nanxi River grand bridge along the China-Laos railway that is under construction in southwest China’s Yunnan Province, March 5, 2020. (Xinhua/Jiang Wenyao)

Yu added that protective fences stretching dozens of kilometers were built in a section inside the nature reserve in a bid to shield the elephants from the railway.

Authorities had investigated the distribution and migration paths of the Asian elephants before construction, and analyzed the potential impact on the animals. They have also taken measures to adjust the tunneling areas, set up sound and light barriers, and strengthen management as well.

There are 93 tunnels and 136 bridges along the 508-km-long Yuxi-Mohan section of the railway, with their combined distance accounting for 87.3 percent of the railway’s total, said Ma Youliang, with China Railway’s Kunming bureau.

The high ratio results from geological and geomorphological reasons, and the desire to bypass nature reserves, traditional villages and habitats of rare animals.

“When encountering farmland we rack our brains, and when encountering woodland we change our course, as we must continue to forge an ecological railway,” said Liu Yiqiao, a senior commander with China Railway’s Kunming bureau.