Abstract : With distinctive plateau landscapes and constantly improving infrastructure, the tourism industry in southwest China's Tibet Autonomous Region is thriving and has brought tangible benefits to farmers and herders. 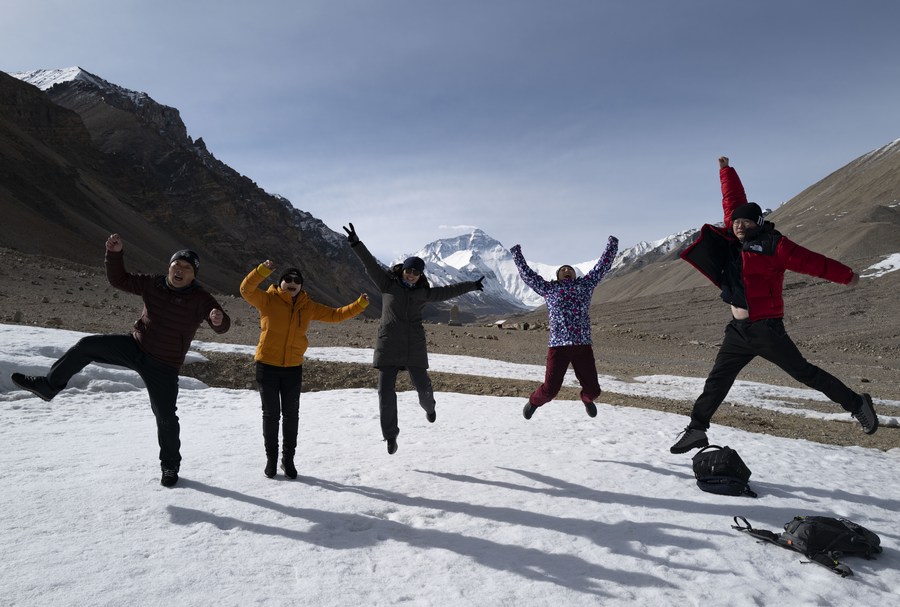 LHASA, May 7 (Xinhua) — With distinctive plateau landscapes and constantly improving infrastructure, the tourism industry in southwest China’s Tibet Autonomous Region is thriving and has brought tangible benefits to farmers and herders.

Despite the COVID-19 epidemic, the number of tourists traveling to Tibet surged in the first quarter of this year compared with the same period of 2019, with tourists arriving by train up 20 percent and those arriving by air up 28 percent, regional data shows.

Some 4,700 meters above sea level, Tonglong Village in Nyima Township is only about 30 km from the city of Nagqu. The village has a cooperative that boasts one of the highest thermal springs on the planet, now a much-visited hot spring resort.

“Apart from the dividends, villagers take turns to do chores like cleaning. I can get 500 yuan a month,” said Jidar, a herder in the village.

The plateau region now has more than 100 high-rated tourist attractions, over 2,700 tourism enterprises and more than 2,300 homestay locations. The industry’s fixed-asset investment has exceeded 20 billion yuan.

This year, the annual peach blossom festival in the city of Nyingchi was held between March 27 and April 2, attracting 527,000 tourists from around the country, up more than 37 percent from 2019. Tourism revenue surged 67.62 percent to 176 million yuan, according to the city’s tourism development bureau. 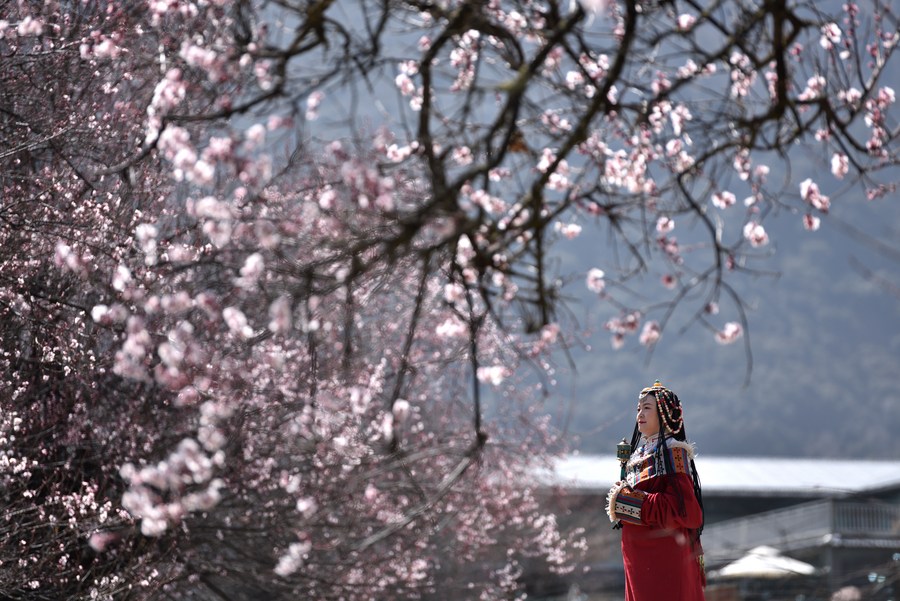 Zhao Hongyun, first secretary of the Party committee of Suosong Village in Nyingchi, said that the village’s tourism economy has been booming over the past few years, thanks in part to the festival.

The village now has 128 households and 424 residents. No one leaves the village for work as they can find employment in the village’s own hostels, restaurants and other businesses.

“During the peak season, we even have to hire people from nearby villages,” said Zhao.

During the 2016-2020 period, Tibet received over 157 million tourists from home and abroad — 2.3 times the number from the previous five years. Tourism helped lift 75,000 poor people in Tibet out of poverty during the period, according to the regional tourism development authority.

Zhao said his village plans to further improve its infrastructure and upgrade the conditions of its hostels.

“Society is changing, and we should also improve our services to keep up with the times,” he said.