Abstract : Some 49.91 million passenger trips were made in China during the Tomb-sweeping Day holiday, official data showed Tuesday. 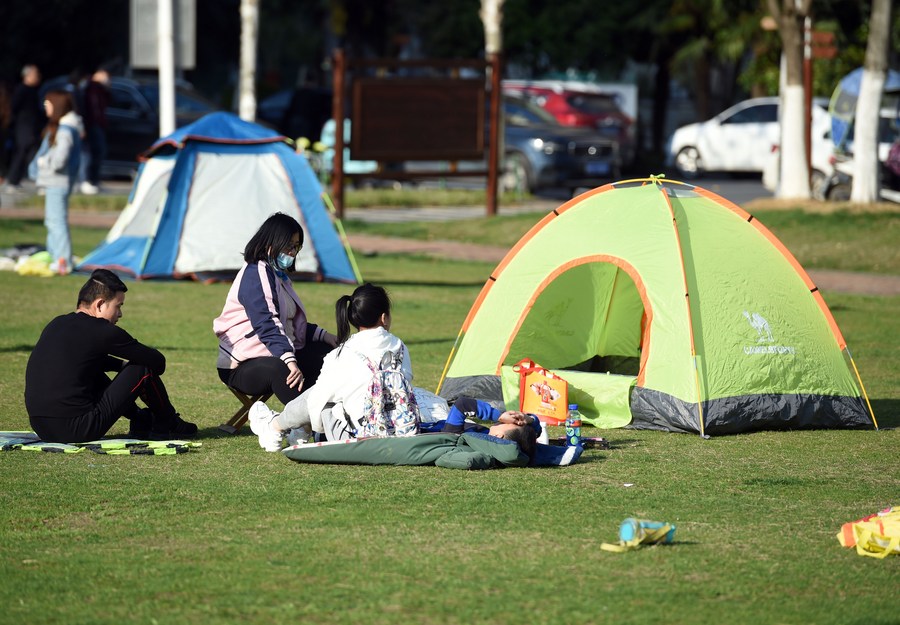 People
relax at a park in Hefei, east China’s Anhui Province, April 4, 2021.
Tomb-sweeping Day, also known as Qingming Festival, is an important
occasion for Chinese to honor their ancestors. Many also spent the
three-day holiday on leisure travel. (Xinhua/Zhou Mu)

BEIJING,
April 6 (Xinhua) — Some 49.91 million passenger trips were made in
China during the Tomb-sweeping Day holiday, official data showed
Tuesday.

From
April 2 to 5, the average number of daily railway passenger trips was
nearly 12.48 million, up 225.8 percent from last year’s Tomb-sweeping
Day holiday and recovering to 92.4 percent of the level recorded in
2019, the China State Railway Group Co. Ltd (CSRC) said.

The
three-day holiday lasted from Saturday to Monday this year, but the
travel rush began on Friday, especially in terms of rail trips,
according to the group.

Tomb-sweeping
Day, also known as Qingming Festival, was observed on April 4 this
year. It is a traditional Chinese holiday during which people pay
tribute to deceased family members. Many also spend the holiday
traveling.